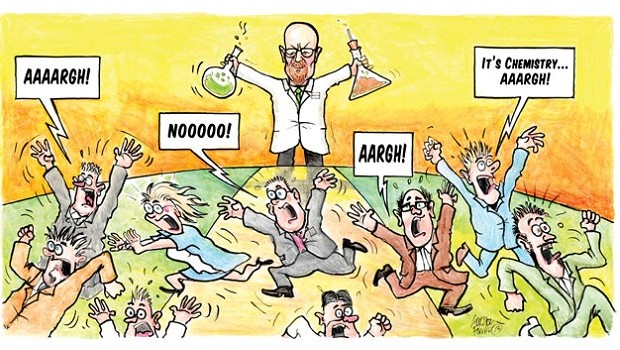 Banner from Education In Chemistry

There is a very small part of me that hopes wooists are just the ultimate trolls. I still hope they’re just a bunch of people fucking us around for shits and giggles, just to see how far we can insert our palms into our heads before we say “Fuck it! I’m done with humanity”. Much like the person who attempted to convince people that mustard is the latest and greatest skin care cream – presumably to see how many people they could turn into giant gullible hot dogs – I’ve always secretly hoped that wooists and anti-science peddlers do what they do because watching people smothering themselves in mustard is funny as hell. There is a small part of me that hopes the existence of chemphobes is a giant joke on skeptics played out by sadists who get a kick out of making us nearly shit ourselves in frustration.

It’s easier than acknowledging the fact the world is full of idiots who have no idea what the fuck it is that they’re doing. My secret wishful thinking that anti-science peddlers are pranksters is easier to swallow than acknowledging there are parents out there who seriously think feeding their children Chlorine Dioxide is a brilliant parenting tragedy.

Take the image below, for example. This pile of bullshit is being shared and reblogged around social media by the chemphobic faith-filled followers of alternative medicine. No supporting evidence, just a blind agreement because it has pretty colours and a list of things that make medicine look bad. Chemphobes: Long chemical names are scary but the ones they can pronounce are fine. Except, the safety of a chemical is not dependant on whether you can pronounce its name.

Graphics like these are dangerous for obvious reasons. As mentioned there is no safety information, no evidence to back up any assertion that H2O2 is useful in treating any of the mentioned illnesses and even if H2O2 was useful in treating anything more than a scrape on a kids knee – there is no dosage information. No discussion around the LD50. There’s no list of potential side affects or effects to look out for in case of any overdose. Nothing.

In fact the only sources I can find as evidence for any of the above claims are from anti-science woo peddling sites all citing the conspiracy website “Cancer Truth” as the original source for the information. The conspiracy site itself doesn’t link to any peer review journals or any high level research on Hydrogen peroxide as a treatment for illness. Here’s a tip: Don’t fucking ingest Hydrogen peroxide. Ever.

What does this meme teach us about chemphobes? Not only that they have no idea what they’re talking about but they’re actually fine with chemicals – only if they can pronounce the chemical’s name. Fuck chemical safety. Screw supporting evidence for their claims. Alternative medicine peddlers hate chemicals unless they can use one to attempt to make medicine look bad. 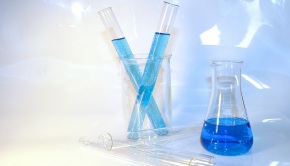 One Response to Just when I thought I wanted to stay on this planet: Hydrogen Peroxide: The new cure-all