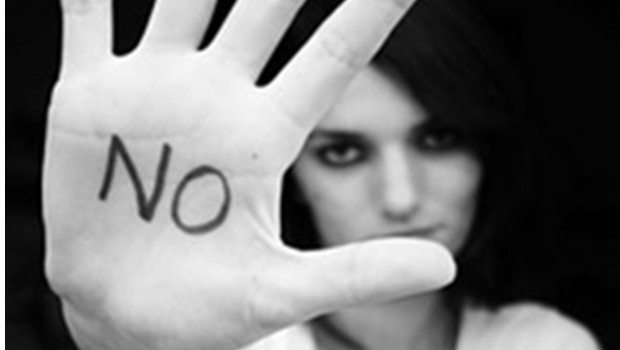 I have never really understood the Big Pharma conspiracy, it makes no sense. I understand that people use conspiracies as a way to make sense of the things they can’t control, but honestly if you’re going to do that – at least make the conspiracy plausible. I know I have some conspiracy theorists and anti-vaxxers on my blog. I know you’re here. You occasionally come out of the woodwork to drop a shitty link to Natural News or a debunked study or a conspiracy video made by a Neo Nazi, in order to pass it off as evidence for your position.

You name call and insult me and my reader’s intelligence when we ask for actual evidence and state we need to open our minds to the point our brains dribble out our arses and our dicks fall off. No. I will not open my mind to your delusion of a massive worldwide conspiracy. Give me some credit. I’m a bit daft at times but I’m not a complete moron.

The Big Pharma conspiracy is the way we separate the critical thinkers from the not-so-critical thinkers. We all know what it is, the idea that Big Pharma is hiding the cure for cancer or making people sick using vaccines – all in the name of profit. Generally the idea is vomited all over my page along the lines of “Well, they get so much money – why haven’t they found a cure by now?”, let me tell you a not-so-secret fact: finding a cure cancer is fucking *hard* because cancer isn’t just one illness – there are over 100 different types of cancer that affect many different types of people. Some people get more than one type of cancer at the same time and that sucks.

Hundreds of thousands of dollars spent on hundreds of thousands of hours in research, drug production and drug trials. Thousands of hours and dollars studying and training to become a researcher, decades of research and scientific advancement to create effective treatments and diagnostic tools and these conspiracy fuckers think that scientists are sitting on their collective arses, twiddling their thumbs, watching friends and family die?

Further to my point – the Shill Gambit. You honestly expect me to believe that every drug company in every country, every staff member of those companies, every nurse, every doctor, every scientist and researcher, every pro-science activist is being paid to keep the silence about your pet conspiracy? Do you how hard it is to herd people together for a meeting, let alone a worldwide coverup? Shit, I have no time for sex, what makes you think I have time for a super secret club meeting?

The idea that it’s profitable for pharmaceutical companies to keep people ill is laughable at best. In my country – Australia – guess who pays for healthcare? Tax payers and their tax dollars. If I go to hospital and need treatment, tax dollars pay for that. Last year I had a urinary tract infection that spread to my kidneys and landed me in hospital overnight – guess who paid for the bed, the nurses and doctors salaries, the antibiotics and the TV above my bed? Tax dollars. Guess what paid for the heart surgery I had at 23 including the device in my heart, the surgeon, the nurses and all the medication used during my hospital stay? Tax dollars. To state that drug companies keep people sick is irresponsible because if any of the 19 pharmaceutical companies in Australia were keeping us sick, someone needs to get fired because that’s a fucking stupid decision on behalf of the company’s board.

Take a vaccine for instance. It might cost a drug company say $2 to produce one vaccine. A doctor’s clinic buys it for $5 and gets $1 from the drug company for every person the doctor vaccinates. So far the drug company has spent $3 dollars on a vaccine and received $2 in profit which will go towards research to produce a better quality vaccine. Now the doctor makes me pay $10 to get the vaccine. They paid $5, sold it for $10 which is a profit of $5 and got a $1 incentive to get people to vaccinate which means they’ve made a $6 profit which goes towards running costs of the clinic. The result? The drug company makes $2 profit, the doctor makes $6 and I don’t die of fucking measles. Win-win. My math may be off, it’s late but you get the point. Drug companies don’t make much profit from vaccines, if they even profit at all. And who cares if they get a tidy profit? Welcome to capitalism, you spend money to make money and use some of the proceeds for your business and the rest for margaritas ans exotic dancers.

That’s what I would do.

What happens if I don’t get my measles vaccine? Well, I might end up in hospital being treated for several days or weeks by hospital staff depending upon the severity of the disease and my age. Either way, being treated in the hospital is damn expensive but I’m Australian so tax dollars covers that. If you live in America – you might just go bankrupt. The hospital doesn’t get any money and you’re poor for the rest of your life which will pretty damn short if you don’t have health insurance that will cover the cost and you can’t afford to treat the measles.

Measles is as fucking fun as stepping in dog shit before a big date.

I haven’t even mentioned that fact that the company and staff who discovers a cure for even one of the types of cancer is going to be fucking set for life. Nobel Prize winning set for life. Lorded among all scientists and herald as the person(s) who brought about the single greatest medical achievement of the modern age. A cure for even one type of cancer means reduced strain on the tax payers of Australia and its health care system. It means researchers can focus on other illnesses. It means less bankrupt people in America. Months of chemo could be reduced to perhaps a one night stay administering drugs and going home when cleared. A cure for even one type of cancer still means drug companies could profit – cancer can come back. You don’t get treated for Syphilis once then you never get Syphilis again which means you can bang like rabbits without a condom.

Unless we completely eradicate all diseases to the point we don’t even need to prevent them via vaccines – there will always be a need for medicine. Next time you want to spew “Big Pharma keeps us sick so we’ll keep coming back” bullshit in one breath while telling me that you’ve gone to a naturopath twice a week for 6 months in the next – think a little harder next time.

Thinking doesn’t hurt and it sure as shit isn’t going to make you look like dumb as fuck arsehole who thinks scientists uncaringly watch their family members die of cancer and other illnesses because they’re being paid as part of a cover-up.