Look what I found for $4 at my local second-hand book fair: 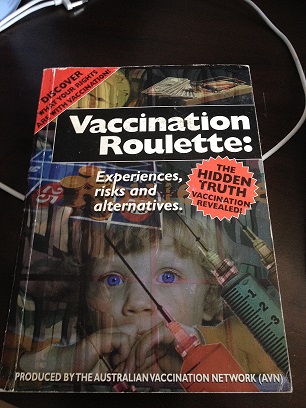 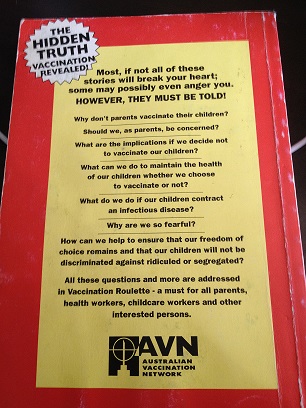 The notes from the previous owner makes finding this heap of shit so much more awesome. 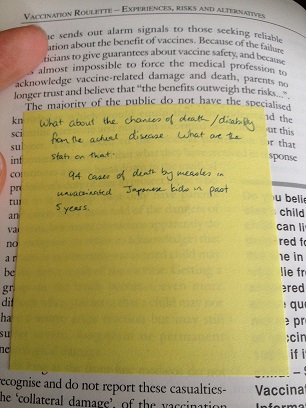 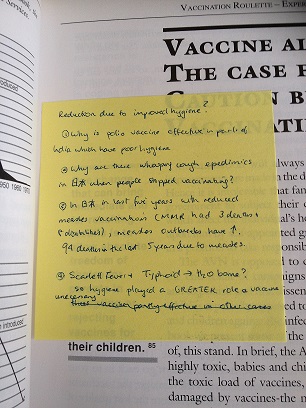 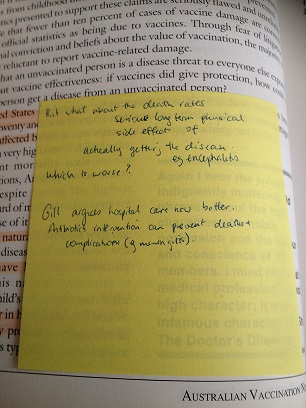 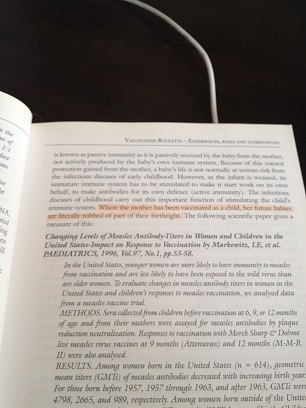 “Where the mother has been vaccinated as a child, her future babies are literally robbed of part of their birthright”.

The statement above the highlighted test reads:

“Because of this natural protection gained from the mother, a baby’s life is not normally at risk from the infectious diseases of early childhood. However, as the infant is weaned, its immature immune system has to be stimulated to make it start work on its own behalf, to make antibodies for its own defence (Active immunity). The infectious diseases of childhood carry out this important function of stimulating the child’s immune system”. 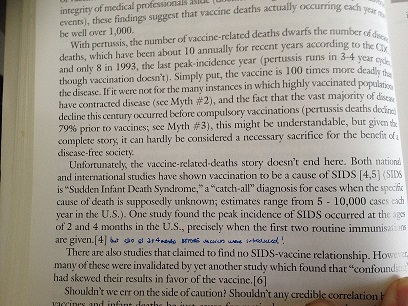 But also at 2 to 4 months BEFORE vaccines are introduced! 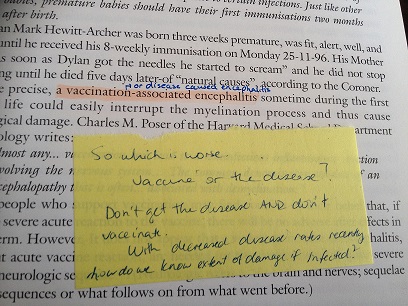 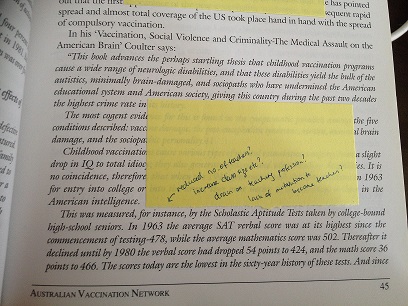 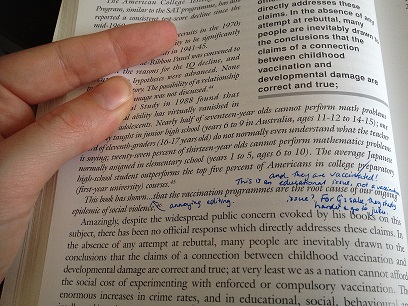 “This book has shown…annoying editing” 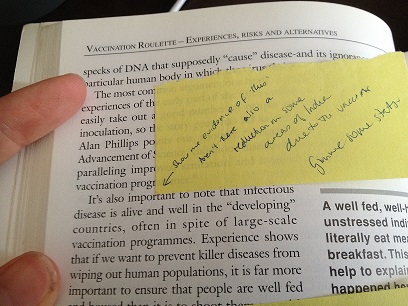 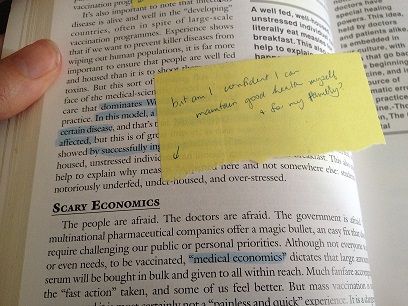 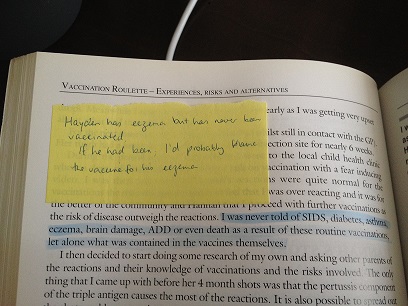 “Hayden has eczema but he has never been vaccinated. If he had been, I’d probably blame the vaccines for his eczema”.

Update! You’ve asked for more exerts from the book, well here they are: 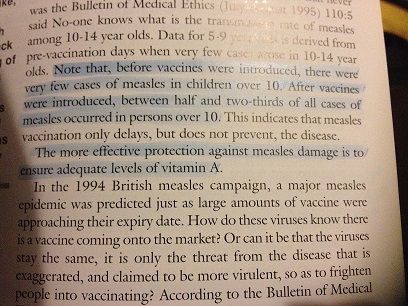 “Note that, before vaccines were introduced, there were very few cases of measles in children over 10. After vaccines were introduced, between half and two-thirds of all cased of measles occurred in persons over 10. This indicates that measles vaccination only delays, but does not prevent, the disease. The more effective protection against measles damage is to ensure adequate levels of vitamin A.”

“If parents are informed about and prepared to accept the risk of death or injury from early childhood diseases and the risk is very very small for a well-nourished infant then they must be allowed the right so to choose. If the opt for vaccination that too is their decision and their right” 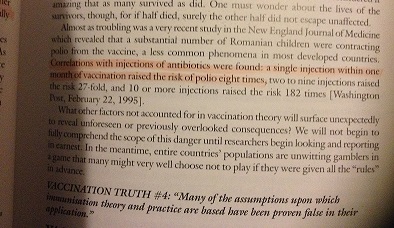 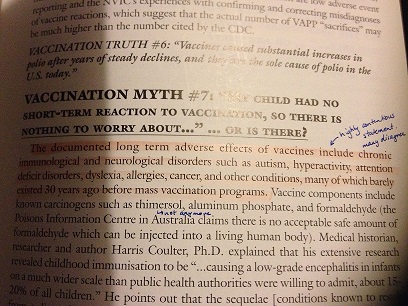 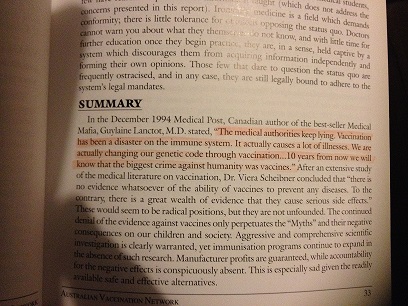 “The medical authorities keep lying. Vaccinations has been a disaster on the immune system. It actually causes a lot of illnesses. We are actually changing our genetic code through vaccination…10 years from now we will know that the biggest crime against humanity was vaccines” Guylaine Lanctor M.D

The book neglects to mention that Guylaine, “an MD by training, but she lost her license in Quebec and subsequently relocated to Florida where she pushes various forms of woo and quackery” (Taken from the link above). 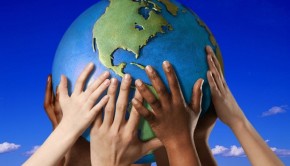