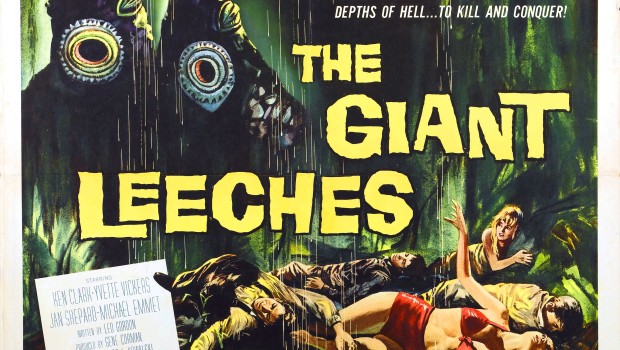 National Health and Medical Research Council has released a report today that could possibly reduce a lot of homeopaths to tears.

Given the arrogance of homeopaths and their beliefs – I doubt it. But it is good news none the less.

“Homeopathy is build on the foundation that “like cures like” which means that it a substance which causes illness in a healthy person, it can cure the same illness in a individual that is sick. For example: If giving a mixture of urine and chicken stock cubes caused vomiting in a healthy person, than giving urine and chicken stock cubes to a person who is vomiting will cure the person of vomiting. Homeopathy take a substance and dilute it in water an extreme number of times – to the point there are no molecules left of that substance. To get around the fact there are no molecules of the substance in the water at all – homeopaths state that the water somehow holds memory of the substance which is called the “spirit essence” (conveniently forgetting all the poop that used to be in it). They then take that extremely diluted substance an hit it against a table a number times so that the “spirit essence” of the substance is made stronger which can be used to treat illness.”

Yes, there really are people who believe that, hence the Medical Research Councils report.

This is not the first time, nor the last time a research council will release a report that states that homeopathy is a bunch crap:

In 2009, the UK House of Commons Science and Technology Committee released a report which argued “there has been enough testing of homoeopathy and plenty of evidence showing that it is not efficacious” and that homeopathic products “perform no better than placebo”. Download and read the report here.

The effect of complementary and alternative medicine on the quality of life of cancer survivors: a systematic review and meta-analyses.
CONCLUSIONS: “This review has identified significant gaps in the evidence base for the effectiveness of CAM on QOL in cancer survivors. Further work in this field needs to adopt more rigorous methodology to help support cancer survivors to actively embrace self-management and effective CAMs, without recommending inappropriate interventions which are of no proven benefit.”

Randomized controlled trials of individualized homeopathy: a state-of-the-art review.
CONCLUSIONS: “The results of the available randomized trials suggest that individualized homeopathy has an effect over placebo. The evidence, however, is not convincing because of methodological shortcomings and inconsistencies. Future research should focus on replication of existing promising studies. New randomized studies should be preceded by pilot studies.”

Adverse effects of homeopathy: a systematic review of published case reports and case series.
CONCLUSIONS: “Homeopathy has the potential to harm patients and consumers in both direct and indirect ways. Clinicians should be aware of its risks and advise their patients accordingly.”

Homoeopathic remedies in dermatology: a systematic review of controlled clinical trials.
CONCLUSIONS: “Reviewed trials of homoeopathic treatments for cutaneous diseases were highly variable in methods and quality. We did not find sufficient evidence from these studies that homoeopathy is clearly efficacious for any single dermatological condition.”

Evidence of clinical efficacy of homeopathy. A meta-analysis of clinical trials.
CONCLUSIONS: “There is some evidence that homeopathic treatments are more effective than placebo; however, the strength of this evidence is low because of the low methodological quality of the trials. Studies of high methodological quality were more likely to be negative than the lower quality studies. Further high quality studies are needed to confirm these results.”

News sources around the Internet have exploded with this not so startling news that people are being exploited to fork out money for what is essentially water. The draft report continues:

The draft report concludes that:
• People who choose homeopathy instead of proven conventional treatment may put their health at risk if safe and evidence-based treatments are rejected or delayed in favour of homeopathic treatment.
• Homeopathy should not be used to treat health conditions that are serious, or could become serious.
• People who are considering whether to use homeopathy should first get advice from a health professional (eg GP, specialist, nurse practitioner or pharmacist). Those who use homeopathy should tell their health professionals, and should keep taking any conventional medicines that they have been prescribed.

However, Australian Homeopathic Association spokesman Greg Cope said he was disappointed at the narrow evidence relied on by the NHMRC in its report.

“What they have looked at is systematic trials for named conditions when that is not how homoeopathy works,” he said.

Homoepathy worked on the principle of improving a person’s overall health and wellness, and research such as a seven-year study conducted in Switzerland was a better measure of its usefulness, he said (source).

Do you hear that? That’s the sound of my bullshit detector going off.

I’ve noticed that the news site hasn’t listed the study in question so off to PubMed I go. Could Greg Cope be talking about this seven-year study? (bold is mine for emphasis).

CONCLUSIONS: Homeopathic therapy is associated with improvement in a range of chronic and recurring pathologies. Certain characteristics of patient and pathology influence the outcome.

In the above study, people were given homeopathic treatment for their illnesses – some reported improvement. The study concluded that certain characteristics play a role in influencing the outcome. Given that we’ve already debunked homeopathic treatments as nothing more than water and the placebo effect – what could account for this improvement and the influential characteristics?

Ben Goldacre is his book “Bad Science” discusses how cultural meanings, beliefs and rituals all play a part in the placebo effect alongside social influences, and confirmation bias.

“First up, Blackwell [1972] did a set of experiments on fifty-seven college students to determine the effect of colour —as well as the number of tablets—on the effects elicited. The subjects were sitting through a boring hour-long lecture, and were given either one or two pills, which were either pink or blue. They were told that they could expect to receive either a stimulant or a sedative. Since these were psychologists, and this was back when you could do whatever you wanted to your subjects—even lie to them— the treatment that all the students received consisted simply of sugar pills, but of different colours. Afterwards, when they measured alertness—as well as any subjective effects—the researchers found that two pills were more effective than one, as we might have expected (and two pills were better at eliciting side-effects too). They also found that colour had an effect on outcome: the pink sugar tablets were better at maintaining concentration than the blue ones. Since colours in themselves have no intrinsic pharmacological properties, the difference in effect could  only be due to the cultural meanings of pink and blue: pink is alerting, blue is cool.

Another study suggested that Oxazepam, a drug similar to Valium (which was once unsuccessfully prescribed by our GP for me as a hyperactive child) was more effective at treating anxiety in a green tablet, and more effective for depression when yellow.

Issues of form go much deeper than colour. In 1970 a sedative—chlordiazepoxide—was found to be more effective in capsule form than pill form, even for the very same drug, in the very same dose: capsules at the time felt newer, somehow, and more sciencey. Maybe you’ve caught yourself splashing out and paying extra for ibuprofen capsules in the chemist’s.

Route of administration has an effect as well: salt-water injections have been shown in three separate experiments to be more effective than sugar pills for blood pressure, for headaches and for postoperative pain, not because of any physical benefit of salt-water injection over sugar pills— there isn’t one—but because, as everyone knows, an injection is a much more dramatic intervention than just taking a pill.”

“As you will now be realising, in the study of expectation and belief, we can move away from pills and devices entirely. I t turns out, for example, that what the doctor says, and what the doctor believes, both have an effect on healing. If that sounds obvious, I should say they have an  effect which has been measured, elegantly, in carefully designed trials.

Gryll and Katahn [1978] gave patients a sugar pill before a dental injection, but the doctors who were handing out the pill gave it in one of two different ways: either with an outrageous oversell (‘This is a recently developed pill that’s been shown to be very effective…effective almost immediately…’); or downplayed, with an undersell (‘This is a recently developed pill…personally I ’ve not found it to be very effective…’). The pills which were handed out with the positive message were associated with less fear, less anxiety and less pain.

Even if they do nothing, doctors, by their manner alone, can reassure. And even reassurance can in some senses be broken down into informative constituent parts. In 1987, Thomas showed that simply giving a diagnosis—even a fake ‘placebo’ diagnosis—improved patient outcomes. Two hundred patients with abnormal symptoms, but no signs of any concrete medical diagnosis, were divided randomly into two groups. The patients in one group were told, ‘I cannot be certain of what the matter is with you,’ and two weeks later only 39 per cent were better; the other group were given a firm diagnosis, with no messing about, and confidently told they would be better within a few days. Sixty-four per cent of that group got better in two weeks.

This raises the spectre of something way beyond the placebo effect, and cuts even further into the work of alternative therapists: because we should remember that alternative therapists don’t just give placebo treatments, they also give what we might call ‘placebo explanations’ or ‘placebo diagnoses’: ungrounded, unevidenced, often fantastical assertions about the nature of the patient’s disease, involving magical properties, or energy, or supposed vitamin deficiencies, or ‘imbalances’, which the therapist claims uniquely to understand.”

The person may have felt better but physiologically were they any better off than when they started? The placebo effect isn’t necessarily a bad thing – if the placebo effect helps you to release endorphins to help you through a headache a little quicker – why not? The danger lies in the promotion that homeopathy works on a physiological level to provide a cure for an illness that may not yet have a cure. Another danger is presenting alternate “treatment” for an illness where it would be dangerous or fatal for a person to abandon their actual medical treatment for. Yet another danger lies in homeopathies favoured tactic of discrediting medicine to line its own pockets.

The new report from the Medical Research Council making waves across the Internet is warmly welcomed, at least by myself. Homeopathy has been debunked for a long time and with more and more media outlets picking up on just how much bullshit is involved with homeopathy, less and less will homeopaths be able to spread lies that they have the cure to AIDs, cancer or measels among many others.

I bet the psychics didn’t see that report coming.

One Response to The end of homeopathy – I hope so