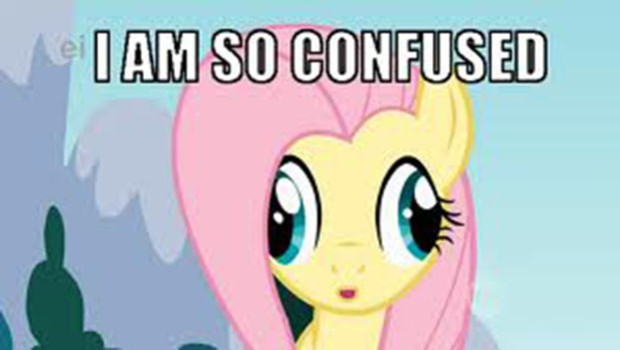 I was in my local Coles a few months ago, when I spotted magic water in the vitamin isle. I’d actually forgotten about the photos I had taken until recently. Below is a photo of the homeopathic “sleep aide”. 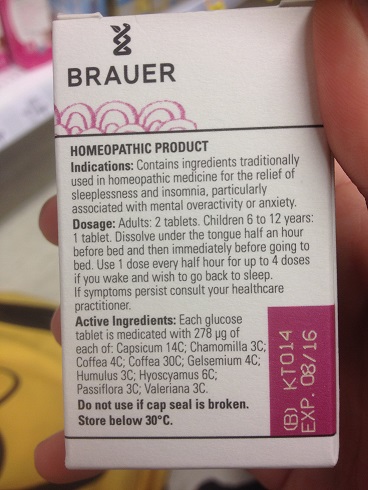 For those who need a reminder, homeopathic “remedies” are created by diluting a substance in solution of water and alcohol an extreme number of times to the point there aren’t any molecules of the original substance left.

Take the ingredients “Coffea”. Coffea is just coffee beans. The coffee beans are ground very finely into a powder and mixed with 1 part coffea and 99 parts water/alcohol. To get a 30C preparation the substance is to dilute 1 part coffea and 99 parts water/alcohol, than 1 part of that solution is diluted with 99 parts water/alcohol. Lather, rinse, repeat – 30 times. The diluted substance is then shaken vigorously by 10 hard strikes against an elastic body or surface (a process that homeopaths refer to as: succussed). Homeopaths believe that when the substances are diluted and then placed under the process of succussion, the process activates the “vital energy” (ghost) or “vital force”  of the diluted substance which makes it stronger and more potent (source).

By why use coffee beans in a sleep aide?

Homeopathy was created by a German doctor named Samuel Hahnemann in the late eighteenth century who promoted the idea that “like cures like” – a school of thought where a substance in its regular form that causes a symptom can be used in diluted form to treat that very same symptom. This notion promotes the idea that the symptoms of a disease (say renal failure) can be cured by substances that when administered in large dosages produce the same or similar symptoms in healthy people. In other words if a herb in large amounts can cause renal failure, that same herb when diluted an extreme number of times, can cure renal failure. Further to that, the more the herb is diluted – the more potent it is.

So for that magic reason, homeopaths believes coffee beans which contain caffeine – a stimulant drug used to keep us awake – can send us asleep because the “vital energy” (ghost) is activated when diluted a fuckload and hit against a hard surface.

No, seriously that’s what they believe.

The above tablets include the following ingredients:

Getting passed the fact, the underpinning framework of homeopathy violates the laws of Chemistry and Physics, even if you somehow swallowed the idea that the ghost of coffee can put you to sleep, homeopathy is nothing more than a very expensive scam. Even if you managed to swallow that load of bullshit – the way homeopaths “prove” their “remedies” work should make you not want to live on this planet any longer.

“A proving is the testing of a potentized substance to find out which symptoms that substance is capable of producing, and hence curing. A proving is conducted on volunteers who are in a reasonable state of health (provers), and who do not know what substance it is they are taking. Doses are repeated until provers start to experience symptoms of a change in state. The provers record everything they experience, whether physical, emotional, mental, or even spiritual, as long as the change in state persists. At the end of the proving all the records are compared to find the physical symptoms, states of mind, feelings, and experiences that the provers have had in common, which can reasonably be attributed to the emerging signature resonance of the substance”

Or to put it more simply:

“Coffee has a powerful effect on the body. The first time a person drinks a strong cup of coffee, they will experience one or more of the following symptoms: racing thoughts, palpitations, increased urine production; shaking hands, excitability, and restlessness. If that person drinks it before bedtime, difficulty in sleeping can be added to the list.

While coffee produces these symptoms in a healthy person, the Law of Similars dictates that it should be able to relieve similar symptoms in the unwell – and this is exactly what it does. A child, brought to a homeopath with hyperactivity, agitated thoughts, and sweaty, trembling hands, a homeopathic preparation of coffee (called Coffea Cruda). It would relieve and correct their symptoms”

So to “prove” that a preparation of coffee would cure insomnia – people would take a dose of physical coffee (the consumable product before diluted) and wait for symptoms. These symptoms are based on a persons subjective interpretation. Anything that happens after consuming the coffee is written down. Sneezing, fast paced thoughts, anxiety, twitching, nausea, diarrhea, palpitations – common coffee side effects, uncommon and things that aren’t related to coffee consumption. Those symptoms are said to be cured once the coffee has been prepared as a homeopathic “remedy” – diluted and smacked against a hard surface then sprayed onto sugar pellets.

Seriously, again this is what they believe.

I’m not even joking.