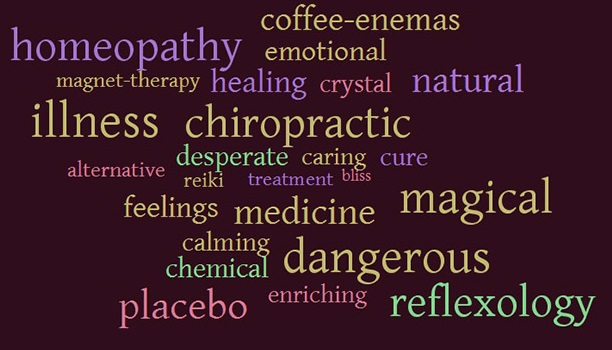 Not too long ago I did a post on the tactics alternative medicine uses to not only get more customers through its door and separate people from their money but also ways in which it drives people away from actual medicine.

I received a message from a reader offering to explain why people (who are often people who have non-curable chronic illnesses) turn to alternative medicine. As someone who has a chronic illness (IBS) I can empathise with people who turn to alternative medicine in desperation to get relief from their illness. I can tell you first hand that chronic illnesses with no cure can really suck. Fortunately for me I can manage mine but I still get the occasional flare up that knocks me on my arse. It feels like my stomach is trying to claw its way out of my body, the cramps make me feel like a wrung out sponge which leaves my curled up on my bed until they pass so I can slowly standup and feel like a human again. When my illness first appeared – I spent more time up at the hospital doing tests to rule out serious illness than at home. It sucked and the stress of not knowing what was going on only made it worse. I lost 10kgs in 4 months from stress, I couldn’t eat – everything would make me sick. My iron levels dropped. I felt awful. So I can empathise with the want for a cure, I recognise the allure of alternate practitioners but I never saw one – because my need for evidence outweighed my need for relief. I wasn’t prepared to take something on faith.

Currently we have a healthcare system that is understaffed, overworked and has too little resources to cope with the every increasing amount of patients. Doctors have 15 minutes to get a patient in, diagnose the problem (or send them for testing to help in getting a diagnosis) and to get them out in time to finish their paperwork so they can be ready for their next patient. Going to a doctor can sometimes feel like you are a number on a sheet of paper – especially if you go to a hospital. The wait is long and the time with the doctor is short. Especially for people with chronic illnesses that medicine currently has no cure, alternative medicine offers them something doctors currently can’t give.

Some call it hope. I call it the placebo effect.

Alternative practitioners like homeopaths and naturopaths offer empathy and understanding. They offer 1 hour sessions instead of 15 minutes. They talk to you and build rapport. They want to know everything about you and your troubles, they make you feel calm and listened to. They claim to want to treat the entirety of you rather than just one symptom. You leave their office feeling refreshed and not ill at all. FINALLY someone is listening to you. A trip to a homeopath is like a therapy – they both cost the same except a psychologist is licensed and their treatment is based in science. By the time you leave the office of a homeopath – you don’t care the treatment sounds magical. You don’t think about scientific facts and chemistry or the laws of physics – you may not even know about them, all you know is that you feel good.

Now there generally isn’t anything wrong with the placebo effect. If you feel good then you feel good. I would have no issue with homeopaths selling water as a placebo to make people feel better or a reiki healer waving their hands over people to create a placebo effect so their customer feels good. But the underlining dangerous practices of alternative medicine is not the exploitation of the placebo effect but the scare-tactics they use to get more customers through their doors.

Alternative medicine cannot survive if medicine continues. If medicine continues to find cures for disease and create vaccines to help prevent disease – alternative medicine will be rendered obsolete which is why we have a shockingly growing movement of anti-vaccination peddlers. Which is why the movement that promotes anti-science views is no longer being contained to small isolated pockets of the community – with the rise in technology comes a rise in dangerous ideas. 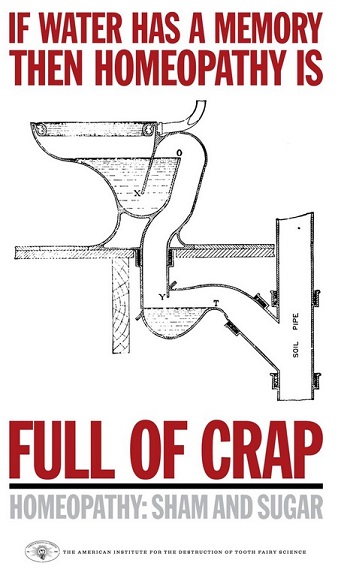 And the placebo effect itself cannot survive without deception. If you know that something is a placebo, the less likely it is to work. So in order for alternative medicine to survive, not only does it need to drive people away from medicine but also deceive its customers to create a feeling of wellness.

The placebo effect itself shouldn’t be discredited. If you have a chronic illness such as mine especially one that flares up in times of stress, the placebo effect can be helpful. You go to a homeopath, you leave feeling great. You feel relaxed and listened to, you feel less stressed and because homeopathic treatment is nothing but water, the treatment isn’t harmful. The IBS flare up goes away because you’re less stressed. You can get up in the morning without feeling like a dogs breakfast. Paying $75 a session for a glorified placebo effect is your choice.

The dangers of alternative medicine happens with alt med practitioners drive people away from life saving treatment like chemo or vaccinations. When they make grandiose claims such as ingesting diluted bleach can cure AIDS and Autism. When naturopaths use untested substances as “treatment” which can potentially harm people or interfere with treatments prescribed by doctors. Apart from anti-biotics, drugs are derived from herbal sources, they are extracted from natural sources, the active agent is purified and created into drugs and tested to ensure the dosage is effective yet not harmful – naturopaths do not do this.

Alternative medicine is a movement that attempts to exempt itself from rigorous scientific safety testing. It is resistant to change, often citing “ancient wisdom” as its source of knowledge rather than the ever updating and adapting field of science – without adaption and change, we cannot improve medicine nor the technologies used to assist in treating patients.

Yet people do swallow the grandiose claims even with no evidence and without question. Claims such as essentials oils cure Ebola and autism can be cured by ingesting bleach. The extremist animal rights group PETA recently used autism as a way to scare people going vegan – the campaign gives perfect examples as too why people will believe anything regardless of evidence. Alternative medicine relies on faith – not fact.

A study in North Carolina used a double blind palcebo controlled study to see whether human secretin could be a viable treatment for children with autism. Despite the study confirming that secretin does not treat autism, after they were told the results, 69 percent of the parents of the children in the study said they remained interested in secretin as a treatment for their children.

Confirmation basis, an emotional and financial investment in needing debunked “treatments” for autism to work would explain why the various “treatments” for autism are all promoted to work. Parents need to think these “treatments” work or else they have spent thousands of dollars on useless programs peddled by snake oil salesmen. Homeopaths and other alt med practioners give a sense of authority to people who aren’t well versed in science. Authority figures – even those who have no training such as homeopaths – are seen as trustworthy people which is why they are rarely questioned.

Even more dangerous are the tactics alternative medicine uses to drive people away from potential life saving medical treatment:

1. Alternative medicine uses the Appeal to Nature fallacy to promote the false dichotomy that natural = good and chemical = bad. This falls down for several reasons, the “naturalness” of a substance is no indication of its harmlessness – as medicine is well aware of, the dose makes the poison. Alternative medicine likes to latch onto the fact that chemicals sounds scary to those who don’t understand or can’t pronounce them.

2. Alternative medicine is safe and gentle. This is a big driver of people towards alt med. Alternative medicine doesn’t have any side effects, mainly because with things like homeopathy, there are no traces of the original substance left in the water. Of course putting a few drops of water under your tongue isn’t going to harm anyone. It’s safe and gentle because the placebo effect does all the work.

3. Big Pharma is in it for the money so they keep people sick. This is conspiracy theory territory. This is saying that anyone who makes money off their trade is shady and non trustworthy which is hilarious because alternative medicine brings in billions of dollars worth of profits per year and unlike pharmaceutical companies and medical laboratories – I don’t see alternative medicine using the profits towards research.

Sense about Science has recently released a booklet entitled “I’ve Get Nothing to Lose by Trying It” discussing the pros and cons of turning to alternative medicine when medicine falls down. The booklet cites several cons in turning to alternative medicine including financial and emotional costs which non-surprisingly are some of the main reasons people will believe grandiose claims without evidence.

So while alternative medicine has a few pros – the placebo effect, you feel good leaving the office, you feel listened to – it also has many cons, namely driving people away from medicine that works with scare-tactics and sometimes outright lies to bring more customers through its door.

If it works for you – that’s fine. But don’t drive people away from medicine that may help them and don’t call alternative medicine “fact” when really is nothing more than faith.

If you like some of the things I say – feel free to add me to your RSS feed, comment or email me: rayne@insufferableintolerance.com. I now have a Facebook page! Feel free to like my page by clicking here! 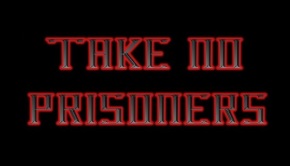 5 Responses to The allure of Alternative Medicine: The pros and cons.