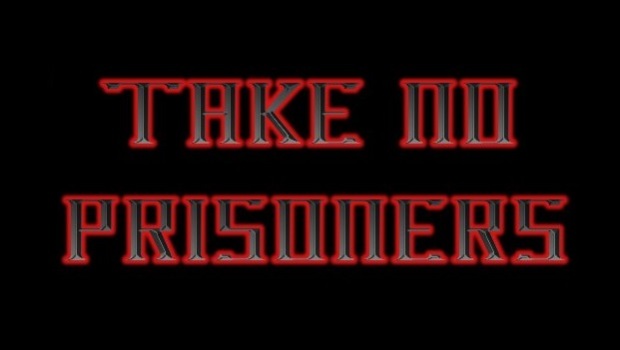 I’ve blogged for some time now and in that time I have accumulated a wonderful group of people who are dedicated followers of science, logic and reasoning. We share the same goals (to end pseudoscience and quackery), some of us like the same music (metal) and generally we are a rad bunch of geeks, nerds,a theists (and some theists)  scientists and science fans. We come from different places, we all have different backgrounds but we all have similarities that bring us together.

We all want ice cream that doesn’t put on weight.

My fellow Science Warriors and I all share a common goal – we have an intense dislike of pseudoscience and quackery. It is really heart-warming to see so many dedicated people fighting to make the world a little safer for science, for reason and for the people of Earth. Sometimes my fellow Science Warriors will send me messages, some sing my blogs praises, others think I am doing a good job but seem a little harsh on people – most want to know what I’m wearing.

Nothing. It’s nearly 40C here, the best blogging is naked blogging. You should try it. Unless you live somewhere really cold then you should try it with a heater on.

Today I’m speaking to those who send me messages of love and praise with a sprinkling of “you’re a little mean” on the side. I want to discuss exactly why it is I am such a bastard towards those who peddle pseudoscience and quackery.

The Food Babe, Mike Adams, Mercola, Modern Alternative Mama, Jim Humble, Dr Oz, (the anti) Vaccine Information Network, Andrew Wakefield, AutismSpeaks, NaturalNews.com, VacTurth, RawForBeauty are just a few of the anti-science, pseudoscientific scare mongers that plague the planet. They all have Facebook and various other social media platforms. They all, at the press of a button, share misinformation and lies designed to scare people and illicit fear.

The Food Babe is the epitome of the scientifically illiterate fear mongering pseudoscientist. Her entire strategy for making money is to scare ill-informed parents with misinformation until they are so confused and scared, they don’t know where to turn – then she swoops in and saves the day with a product she deems safe. Conveniently a product that she gets paid to refer people to.

Mike Adams, the conspiracy theorist who runs NaturalNews.com, the very same person who created a hit list of doctors to kill. He spends his time turning people away from medicine and vaccines citing a worldwide conspiracy to keep people sick.

As for Modern Alternative Mama, well – she thinks going to a chiropractor is a good solution to curing a child’s fever. Enough fucking said.

So why do I take a “no prisoners” approach to pseudoscience and quackery?

Pseudoscience, misinformation and lies relies on people being scientifically illiterate and scared. It relies on parents who are confused and vulnerable and it makes otherwise rational people do very dangerous and irrational things. It preys on parents wanting to do what’s best for their children and exploits that.

Pseudoscience leads to people foregoing cancer treatment in favour of reiki – the practice of not touching a person and thinking you can heal them. It leads people to attempting to treat bowel cancer with lemon juice. Pseudoscience makes people believe that depression can be cured by eating a few cashews and that mental illnesses such a schizophrenia can be treated with adding a few extra veggies to your diet. Quackery leads to people getting diagnosed by a charlatan who claims they can diagnose illness by looking your eyes.

Pseudoscience has led to a resurgence of measles to the point where parents hold parties to purposely infect their children. It leads to parents excusing the actions of baby killers by promoting the idea that vaccines cause Shaken Baby Syndrome. Pseudoscience has led to the denial of HIV and AIDs and promotes the ideas teenagers shouldn’t protect themselves from cervical cancer by having the vaccine.

Pseudoscience leads to people foregoing medical in favour of magic water or needles into your back in the hopes that your diabetes will go away. It leads to people to believe strapping red onion to their feet will help treat the flu. Pseuodscience leads to people to by tiny plastic rings with a magnet glued to it because they believe the assertion the magnet will help them lose weight. It makes people believe the government is spraying the air with mind control chemicals. It creates fear against genetically modified food that could feed people who desperately need food.

Pseudoscience is harmful. Quackery is harmful. Anti-science ideals are harmful. The reason why I am so harsh on people who peddle pseudoscience is because they take advantage of parents which leads to parents shoving bleach up their kids arses. They prey on vulnerable people who don’t understand science, who don’t understand chemistry or biology and who believe the idea that because something is natural – it is good for you. It’s leads to parents not vaccinating and lowering the herd immunity of the community which puts children and immunocompromised people at risk, it leads to parents telling other parents not to vaccinate or trust doctors.

It has turned bullshit into a billion dollar industry.

Fear is a good motivator. Fear sells. Uncertainty of the world around you builds trust in a friendly caring smile of a homeopath who peddles magic water or a naturopath who peddles their own line of supplements. Fear means ignoring the obvious insidious tactics of the Food Babe to make money. Fear means ignoring the conspiracy theories of Mike Adams. Fear means trusting the word of a person with no scientific training over 10+ years of medical training.

So no, no I will not stop being harsh towards the peddlers of pseudoscience and quackery. They are predators preying on us and our community and must be stopped.

If you like some of the things I say – feel free to add me to your RSS feed, comment or email me: rayne@insufferableintolerance.com. I now have a facebook page! Feel free to like my page by clicking here

One Response to Taking No Prisoners: Why we must continue to fight against pseudoscience and quackery