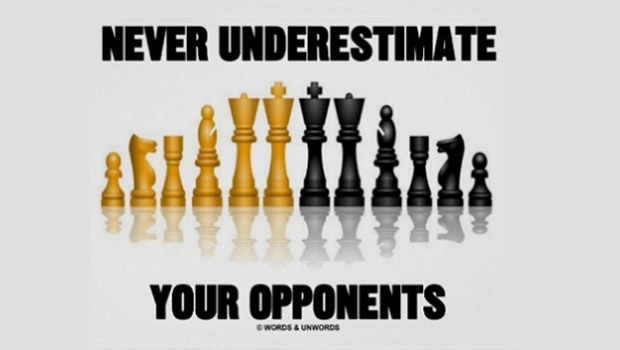 The warriors against pseudoscience are well versed in the realm of the Food Babe. I, myself have done a few articles on the phenomenon of the Food Babe. I’ve spoken about the tactics she uses to keep her followers nice and scared, about the cult characteristics of her community, I’ve spoken about how her community is akin to a religion and the potential for harm her tactics may cause as well as her obvious lack of scientific training. Alongside myself, many outspoken pseudoscience critics have their own articles including Respectful Insolence, Chow Babe, Science Babe, Kevin Folta, Kavin Senapathy, Science Based Medicine, Sequence Inc, Minnesota Farm Living, Forbes, Ian Chadwick, Steven Novella and Mark Crislip,

NPR recently did an article on the Food Babe entitled “Is The Food Babe A Fearmonger? Scientists Are Speaking Out” which has prompted a long awaited reply from the Food Babe herself – Vani Hari. Of course, her critics have taken exception to the response for a variety of reasons.

The response itself is nothing one wouldn’t expect from a person whose entire modus operandi is to use fear and conspiracy theories to scare her audience about the process that food companies use. Fear is a very good tactic, it means not having to go to deeply into the science and technology around agriculture and food production.

By far the biggest tactic used by Hari is to employ the conspiracy theory approach. Instead of admitting you may be incorrect in your ideas like scientist are trained to, she outright asserts the reason for her critics is due to a conspiracy to keep her silent. Because apparently it’s easier to swallow the idea that every company she has ever spoken about pays people to discredit her with science than it is to admit when you’re wrong. Bad Science Debunked in their recent article “Food Babe Drinking Game Companion Guide” has compiled a list after working through the Food Babe blog and Facebook Page. A list of over 485 products and companies that Vani Hari has targeted within the last 3 years of her operation.

Right, one big conspiracy using science to debunk her claims.

There is a grain of truth in that assertion though, we are using science to debunk her claims because her claims are incorrect, baseless and being used as a weapon to keep people scared about food so she can promote her products. Not because there is a conspiracy to keep the world sick and ill-informed about food production but because her assertions and tactics are unacceptable. Peddling pseudoscience in the pursuit of product referrals and scaring the public should not be acceptable.

Science Based Medicine has done a great take down of her responses to criticism here.

Another tactic she has used to dismiss her critics is the assertion that we are “attacking” her because she is a woman. Didn’t anyone ever tell you the last resort in when you’re losing an argument is the sex card? Puh-lease. Vani doesn’t get to play the sex card especially seeing as myself, Science Babe and Kavin Senapathy are all women. You can’t play the sex card and assert that “The Man” is attempting to keep you down because you’re a woman who dares stand up against the manufactured tyranny of the food industry (that you’ve created to sell products and illicit fear). There is a very large difference between attacking a person and critiquing ideas and the anti-pseudoscience blogging community are only focusing on her ideas and assertions.

To be fair, Vani has been on the receiving end of some nasty comments which I in no way condone. No one should be subjected to threats of violence or nasty comments about one’s appearance. That’s appalling. While Vani Hari’s empire is assisted by her looks, so is the beauty industry. No-one wants to buy toothpaste from someone with yellow teeth, Vani Hari is an attractive woman, a feature that she plays to her advantage to help her sales. It’s a clever marketing technique but it is no reason to make appalling comments about her appearance or sexuality or family life.

The one thing I have noticed around the Internet when speaking about the Food Babe empire is that some people like to say she is stupid. I vehemently disagree. I don’t think Vani Hari is stupid, I think she is scientifically illiterate. I think she’s lacking a science education but she is far from stupid. Her content and ideas are not within the realm of science or logic but she herself is far from stupid. This is what makes the peddlers of pseudoscience so very dangerous – the illusion of stupidity because they aren’t stupid people. People think they are stupid so they don’t fight back which leaves them with a mass of vulnerable people to exploit. Vulnerable people who think the snakeoil salespeople are legitimate.

Snakeoil salespeople are clever and charming people dripping with charisma and the ability to say the right words at the right time to excite the masses. Vani Hari is an excellent businesswoman who has successfully lead her followers into a cult like mentality and raised herself into a position of authority, not by using qualifications but by using scare-tactics, fear, ignorance and knowing how to exploit the wants and desires of her scientifically illiterate audience comprised mainly of parents wanting to do what’s best for their children.

One other big factor that plays a role within the Food Babe cult is the want to belong, to feel better or more elite than the average person.  People long to feel special and part of something bigger, they desire knowledge that no-one else has, they want secret knowledge that places them away from the “common folk”. This is the bread and butter of pseudoscience and conspiracy theories. Despite the lack of logic, reasoning and science – it keeps people going back for more.

Snakeoil salespeople have been around for a very long time and they aren’t to be dismissed lightly. You may dismiss the claims that diluted bleach enemas can cure autism or chiropractors can cure fevers. You may scoff immediately at the idea that butter in your coffee can increase your IQ or that a coffee enema can treat illness. Do you laugh at the idea that ingesting Chlorophyll can oxygenate your blood or that you can turn the pH of your body more alkaline if you eat certain foods – if you’re scientifically trained, you should. How about yet another so-called hidden cancer cure? Or homeopathy, iridology or reflexology? It maybe easy for scientifically trained people to scoff at these ideas and debunk them but it isn’t easy for most people. Every person who successfully peddles pseudoscience is a smart person who can sell even the most outrageous ideas and turn a profit.

The Food Babe is not stupid, she’s not scientifically educated but she is smart. She’s smart in a different way, a way we need to remember and not underestimate.

2 Responses to Food Babe: A different kind of smart