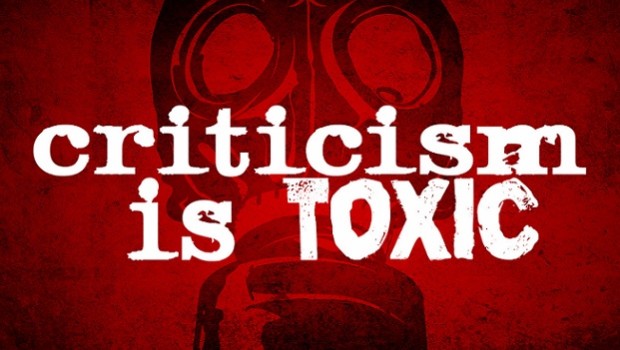 The Internet exploded this week as science blogger “Science Babe” AKA Yvette d’Entremont put on her high-heeled snark shoes and tore shreds into Vani Hari AKA Food Babe over at Gawker.com (“The “Food Babe” Blogger Is Full of Shit“). The scientific community cheered as finally, finally, after years of frustration and lost hope – people are listening to its cries:

We know this, many of us have known for a long time about the dangers presented by people like Food Babe. The wilful ignorance and the religious zeal of her followers, the cult that she has created under the guise of a “food movement”, the blatant blackmail of corporations based on misinformation, the promotion of deadly quack cures and of course, the overwhelming hypocrisy of it all.

The number one apologist statement I hear from people is that “She is doing good so what’s the harm?”. You, me and a bottle of scotch and I will tell you what the harm is.

Pro-science blogs throughout the Internet have done a fairly comprehensive job at debunking the claims made by Vani, including oncologist Orac AKA Dr David Gorski, McGill University’s Dr. Joe Schwarcz, neurologist Dr. Steve Novella, from the University of Florida – Dr. Kevin Folta, IFT Student Association and Kavin Senapthy to name a few. Since the explosion of Yvette’s Gawker.com article a few days ago, the concerns of scientists and critical thinkers around the globe have been brought into the forefront of the media.

The Sydney Morning Herald, Refinery 29, Vox.com, Jezebel.com, Nola.com, Bostlnno, Mamamia and even evolutionary biologist Richard Dawkins have had crack at the pseudoscience empire that is the Food Babe

By far the largest concern regarding Vani and her “movement” is how she shepherds her flock into an almost what one could describe as a deliberate paranoia around food and a mistrust of science, scientists, health professionals and the food industry as a whole All the while attempting to use tools of science to cement her position of perceived authority of all things food.

I was originally introduced to Vani Hari’s “Food Babe” empire via my travels on the scary side of the Internet – wilful scientific ignorance. I met Vani in the midst of her campaign in put an end to all things delicious, the Starbucks Pumpkin Spiced Latte. It took less than 30 minutes of going through her blog to get a complete picture of how she operated and the type of people who were attracted to the click bait material that she calls “investigations”.

The Food Babe formula is quite simple and something that can be found not only throughout her blog but on her all of her social media pages:

1. Use alarmist Appeals to Nature to scare people into thinking your target food is toxic.
2. Create an environment of distrust and fear against “big corporations” and scientists and promote the idea they are only concerned with making a profit. This only applies to the scientists who disagree with you.
3. Remind your followers you are only trying to help by doing “research” for them.
4. Create an environment of distrust and fear against doctors.
5. Make fear inducing claims with scientific sounding evidence so your scientifically illiterate followers don’t feel the need to conduct further research.
6. When your followers are scared and confused about what to eat – remind them again you are here to help and they can follow your guide to healthy living for a small fee per month.
7. Play the conspiracy/shill/persecution for (religious, sex, sexuality, race reasons) gambit when confronted with opposition. If scientists disagree with you – promote the idea they are being paid to criticise you. If scientists agree with you – promote them as a lone vigilante, bravely combating “corporate greed”. You start with a topic that most everyone can relate to: Food, but you gather an audience who aren’t going to question what you’re saying because the reason they have turned to you in the first place is because they’re about food and need guidance. The concerned parent market is a good market to get into because most mothers want to do what is right for their families and children. You’ll need more than a niche market though, you’ll need to make them feel welcome and loved. They need to feel strong and powerful. You need an audience you can call to arms for when the criticisms start rolling in. If you give people a sense of community and purpose, they are more likely to follow and defend you.

This is exactly what Vani has accomplished, she’s smart in a cunning way. 900 thousand plus followers who not only swallow the constant barrage of food conspiracies that make up the list of 610 products, companies and vendors that Vani has targeted in the last few years but who will also come to her defence in less than spectacular ways. For some people, it has gotten to the point where they turn to Vani for everything in their lives. 900 thousand plus followers who have no understanding of science, no understanding of the concept of “dose makes the poison“, who think that chlorophyll is an element and who believe that everyone who criticises them is part of a conspiracy. The types of people Vani attracts are unfortunately 50% arrogant scientifically illiterate and proud of it and 50% scare and confused people who have all the hallmarks of Orthorexia. No wonder they can swallow her incredible lack of scientific knowledge.

Vani has “taken on” Starbucks for the chemical 4MEI in their Pumpkin Spiced Lattes because it is a Group 2B carcinogen. However she neglects to mention that coffee itself is in the same group of carcinogens. Even more ironic she ignores the fact the wine she drinks is also a Group 1 carcinogen. All the while promoting products that she gets a percentage of the profit for – the same products that have the ingredients in them that she is demonising. Really, the end point should have been the time she played the conspiracy card and accused airlines of filling cabins with 50% Nitrogen because according to her – it’s cheaper than pure oxygen. Disregarding the fact that 100% oxygen will kill you and especially disregarding the fact that Earth’s atmosphere is 78% Nitrogen, 21% Oxygen and 1% trace gasses. Not to mention that time she told her readers to stop using microwaves because they’ve been linked to making water feel bad. How about the time she proclaimed: “There is just no acceptable level of any chemical to ingest, ever” (Chemistry 101 anyone?). She also seems to favour the misconception that chemicals are bad and natural is good, glossing over the fact the naturalness of a substance is not an indication of its safety. She also has a tendency to lump chemicals into two separate species, those that are bad and those that are good and if one chemical has been used in one thing – that must mean every different application of the chemical is bad. There are no good or bad chemicals – dosages matter.

“The air that is pumped in isn’t pure oxygen either, it’s mixed with nitrogen, sometimes almost at 50%. To pump a greater amount of oxygen in costs money in terms of fuel and the airlines know this!“. And perhaps most damningly, Vani’s descent into anti-vaxxer territory and quack cancer cures. The same quack cure that Jess Ainscough promoted to have helped her live with cancer, unsurprisingly she died this year – her cancer finally won: These are not just simple mistakes – they are a red flags on top of a neon sign flashing “Danger Zone”. These are grade school science concepts that she is getting wrong. Of course, I’d just be labelled another paid shill, criticising Vani for financial gain because she can never ever be wrong. This is the tactic that Vani most favours – the “Shill Gambit”. It’s clever. When people criticise you, it’s because they’re a shill attacking Vani and her army under some secret orders from the lizard people or whatever crazy conspiracy kids are creating these days to deflect from the fact, they maybe wrong.

Response to Gawker “The Food Babe Blogger is Full of…
Response To “An Open Letter To Food Babe” From Science Meets Food
Food Babe Scam: My Response To The Attacks On Me and Our Movement
Response: NY Times Lets Biased Freelancer Attack Food Babe – Vani Hari

Deleting questions from critics as way to deflect from errors has become more and more clear recently with this tweet making rounds throughout social media: Because the principles of science are “When criticised, attack the person criticising you and delete the evidence of your error” – No wait, that other thing. That thing where you look at the criticisms and re-evaluate your data. This is what peer review is for, to check the data, to tear it apart from the inside out and check for flaws. Science is self-correcting and constantly updating. It doesn’t rely on conspiracy theories or deflection. Science doesn’t rely on cult tactics and fear mongering.

When you dismiss the dangers that Vani and her ilk present, you dismiss the state of the world. We live in a world where a computer science major can use conspiracies to scare people into giving her money, all by pretending to use science. In that same world, that same person can demonise scientists and spread distrust of professionals when they don’t agree with her, she can delete and deflect her away her opposition and no-one bats an eye. When you say “Yes, well she’s doing good things” you’re buying into the conspiracies that she’s built around her as a protection barrier.

Pseudoscience and quackery should never been acceptable or hand-waved away without a thought. Ignorance should have an expiration date.