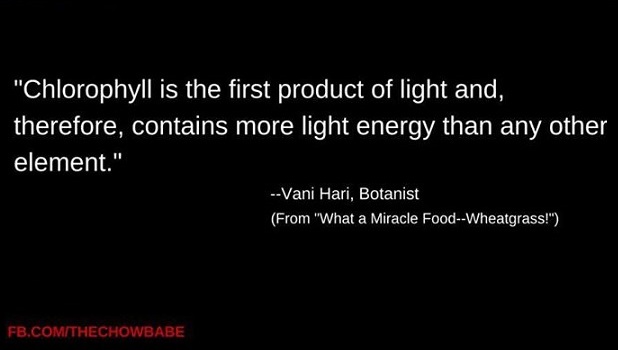 This month saw the release of a chapter of Food Babe’s new book The Food Babe Way. This chapter which is free on her website discusses alcohol, toxins and you guessed it is filled with a lack of science.

A brief history of Food Babe:
Food Babe loves to demonise food and beverages, it’s basically her business model. She’s previously attempted to take on Starbucks and their Pumpkin Spiced Lattes citing the Group 2B carcinogen 4MEI found within Caramel Coloring IV – an ingredient in the Pumpkin Spiced Latte as one of the main reasons to boycott Starbucks. Earlier on in her career she attempted to demonise beer, a move which has attracted a lot of criticism from skeptics and scientists.  She also spearhead a campaign to get Subway to stop using the ingredient azodicarbonamide in their bread citing the fact azodicarbonamide is used in the process of making yoga mats.

What we know of Food Babe so far:
1. Food Babe uses her audience’s scientific illiteracy to her advantage. She uses alarmist appeals to nature and fear to render her audience scared about food to the point some of them have been exhibiting signs of eating disorders. With the help of product referrals and affiliate programs, she endorses food that she deems safe to eat with the added bonus of getting a cut from every referral she sends to the company.
2. Food Babe loves to drink wine which as we all know is alcohol. Alcohol is a Group 1 carcinogen. I guess she forgot about that fact when she was demonising 4MEI the Group 2B carcinogen. Drinking a Group 1 carcinogen which has been proven to be carcinogenic to humans while demonising a Group 2B carcinogen which is only probably carcinogenic to humans is poor form.
3. While demonising a Group 2B carcinogen (4MEI), Food Babe has forgotten about another Group 2B carcinogen – coffee itself. If you’re going to demonise Pumpkin Spiced Lattes for having a Group 2B carcinogen in it and organise a boycott of Starbucks, you should probably mention to your followers that all coffee is carcinogenic.
4. Food Babe likes to demonise chemicals that are used as more than one thing. She feels that chemicals such as azodicarbonamide, that is used in yoga mats shouldn’t be used in food even though they have been thoroughly tested and proven safe. That logic is flawed. What Food Babe doesn’t understand is the alcohol she drinks – ethanol alcohol, the alcohol used as a recreational beverage (not methanol – another form of alcohol) is also used as jet fuel, an antiseptic and a solvent.
5. She’s also entered into the realm of anti-vaccination.
6. Kevin Folta has recently spoken about her trip to his university where she peddled her pseudoscience and neglected to stay for a Q&A afterwards.
7. Unrelated to food, the Food Babe recently did an article accusing the airline industry of using Nitrogen in cabins instead of Oxygen as a way to reduce costs. She took the article down after the scientific community reminded her that the air we breath is over 78% Nitrogen and a little over 20% Oxygen.
8. She thinks Chlorophyll is an element. Enough said. Today I’m going to have a quick look at the free chapter of Food Babe’s book The Food Babe Way. Watch my back, I’m going in.

Firstly the forward of the book has been written by Mark Hyman MD. Mark Hyman is an anti-vaccine physician who peddlers alternative medicine, vaccines as the reason for autism and fad diet plans for a fee. Oncologist David Gorski (writer for Science Based Medicine) has labelled him one of the  “four horsemen of the woo-pocalypse“. Hyman is a great example of what happens when doctors realise that pandering to wooists and the anti-science brigade will get them more money. Just because you earned a degree doesn’t mean you know how to science correctly, after all there are nurses against vaccinations. What’s next Surgeons Against Mandatory Hand-washing?

“I’m frequently asked, “What about alcohol? Can I still enjoy a drink or two while following an organic lifestyle?” The short answer is yes. But I have two caveats: First, if you’re trying to get thin and ft, it’s best to lay off alcohol. Second, you’ve got to know how to choose the best organic wines, beers, and spirits, because the alcohol industry often uses harmful chemicals to make its products“.

Bold is my emphasis.  Food Babe is quite anti-GMO. Regardless of whether the drinking alcohol is organically made or not (my long running joke is that all genetically modified foods are organic because they contain carbon), drinking alcohol is still classified as a Group 1 carcinogen due to fact it is metabolised into acetaldehyde (which is also known as ethanal and is also found in coffee), which is carcinogenic.

“Alcohol also weakens your willpower by shutting down mechanisms in the brain responsible for self- restraint — which is why you reach for forbidden fatty and sugary foods“.

Drinking alcohol is a depressant, it slows down the function of the central nervous system by lowering nerotransmission levels, altering your perception, behaviour and ability to function. As you drink alcohol in low to moderate amounts, your blood alcohol content will rise. Under .06 you may experience some stimulating effects of the alcohol such as increased arousal and energy. This is due to the combination of sugar from alcohol and depression of the neurotransmitters that are responsible for inhibition – the feeling that makes a person self-concious and unable to be relaxed. However once your blood alcohol content exceeds .06, the depressant effects of alcohol set in. Fatigue and lack of coordination are common. If you drink to excess, you may feel sick and want to throw up due to alcohol intoxication which can sometimes be fatal. Remember kids the more you drink, the yuckier you feel because – the dose makes the poison.

While Food Babe has the basics of alcohol down (it lowers your inhibitions) fatty foods tend to stick to the stomach a little longer than most which means it takes longer for the alcohol to be absorbed into your bloodstream.  A 2004 study conducted at Princeton University suggests that craving fatty foods with alcohol and even craving alcohol itself may have a biochemical component. The neuropiptide Galanin found in humans and other mammals has been shown to play a role in craving alcohol and fatty foods.

In the 2004 study, Two groups of female and male Galanin knockout (GALKO) mice (mice with a new gene expressed also known as over-expressors) were compared to wild-type WT) controls mice. Both groups were trained to drink increasing concentrations of alcohol, while being fed on lab food and water. Their daily alcohol intake was examined, the consumption of a high-fat diet was examined and their preference for flavoured solutions, and their expression of different peptides shown to stimulate alcohol intake was examined.

The rest of the alcohol chapter is largely a rehash of previously debunked articles on beer and wine production which involve a lot of scaring her audience with chemical names and additives. You can find the articles debunking her here and here. I especially like the list of evil chemicals in beer which played on scaring people about genetically modified foods. Hilariously many of the products on the list aren’t genetically modified but the Food Babe gets around that by saying they “may be GMO”. Fear mongering around genetically modified foods is the latest trend for organic hipsters.

The end of the chapter features a few paragraphs around choice with Food Babe emphasising that she drinks alcohol (despite all scaremongering she did within the chapter around it) and the we need to be more aware about the process that go towards making alcohol. If you want to fully understand the process of creating alcohol, get a chemistry degree. Scientists understand how the process works because they have the knowledge that allows them to do so. Companies being transparent about their process is all well and good but it does shit all when the people reading the information have no ability to understand its contents. The only sensible thing about the chapter is the advice to drink in moderation.

I wonder though, how long will it be before Food Babe strikes up a deal with an organic alcohol manufacture that she can refer her followers to for a small cut of the profits?

Bad Science Debunked has recently done a blog post listing all the organisations that Food Babe has attempted to boycott or smear. The list contains over 485 products which Food Babe has considered “unsafe” because of certain ingredients. Ironically the same ingredients she deems unsafe can also be found in the products she gets paid to promote.

One Response to Food Babe on alcohol, toxins and a lack of science