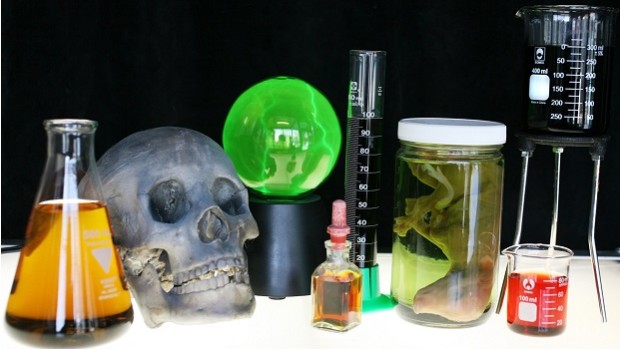 Debunking pseudoscience is a thankless job. Anti-pseudoscience bloggers around the world vigilantly stand their ground against the never-ending onslaught of dubious practices, quack therapies, fear campaigns and outright fraud perpetuated by pseudoscientists and conspiracy theorists alike. We’re rarely thanked for our efforts, indeed we’re often declared “shills” and threatened with death and (sometimes) rape. We’re accused of being part of an international conspiracy, accused of taking the magic away from life and we’re generally not very well liked by those looking to make a quick dollar preying on vulnerable people. For some reason, giving people information so they don’t get ripped off and scammed out of their money is a bad thing.

Recently I spoke about the 3 things I wished every science denier would understand about themselves. It would make my life a lot easier. It would also cut down the time I spend debunking the claims and dodging insults from people who can’t let go of their egos and beliefs. The life of a science denier must be a bleak one. I recently went toe-to-toe with a person claiming that homoeopathy cured his cancer, despite the fact he had mentioned that he had underwent radiation and surgery. Yet, it was a magic water that cured him! He couldn’t have had that much faith in homoeopathy if he enlisted the aid of an oncologist.

As you could probably imagine, when I made my point, it wasn’t very well received. The guy acted like I spat in his mothers face. Egos and belief systems are such fragile creatures and science denial is the most delicate creature of them all.

I’m not backward in coming forward about my dislike for science deniers. Wilfully ignorant people with overly inflated undeserved egos running around spreading lies and fear because they think their ability to Google should be more valued than the hundreds of thousands of hours of training and research completed by scientists over the centuries.

As a fellow science advocate was quick to point out “scientific illiteracy” is a bit of an arbitrary term. Anyone can be scientifically illiterate if you aren’t working or have studied in a field outside your own. I’m pretty illiterate when it comes to dealing with engineering and complex mathematics, however what I’m talking about isn’t illiteracy in a specific science field, but illiteracy on the basics of science and evidence examination.

If you ever see yourself in this list,, please for the love of Cthulhu – read the links provided to update your knowledge.

In science, the definition of the word “theory” is “a comprehensive explanation of some aspect of nature that is supported by a vast body of evidence ” (Source). Indeed, some scientific theories are so heavily supported by evidence that it’s unlikely that new evidence will arise that will change it. For example, the evidence we have supporting the idea the Earth orbits the Sun, Germ Theory or Evolution. These ideas are backed by so much supporting evidence, the only scientific evidence we have found in recent years, continues to support the theory rather than debunk it.

Whenever you hear someone say “Well evolution/gravity/vaccinations are just a theory“, what they think they’re saying is that a concept like evolution is just a guess. What they’re really saying is that evolution is a comprehensive explanation of a phenomenon that is backed by a vast array of supporting evidence.

Or they’re highlighting the fact they don’t understand the word “theory” from a scientific standpoint.

2. You think all studies are of equal value.
All scientific studies are not created equally, which is why there a rating system for scientific journals (called the Impact Factor) and a hierarchy of evidence. Numerous methods are used to assess the quality of studies that are conducted including: The Jadad Scale (which assesses the randomisation quality and methodological quality of the study), the Preferred Reporting Items for Systematic Reviews and Meta-Analyses -PRIMSA is an evidence-based criteria needed to show quality reporting in systematic reviews and meta-analyses (the criteria is used to assess the quality of the study). The CONSORT (Consolidated Standards of Reporting Trials) is another guideline for evaluating the quality of randomised control trials (RCT), it is an evidence-based, minimum set of recommendations for reporting randomised trials.

Please read: How to read and understand a scientific paper: a guide for non-scientists.

Proof on the other hand is probably the most widely misunderstood concept in science (next to theory). The technical definition for proof in a scientific setting, is “a logical demonstration that certain conclusions follow from certain assumptions”. In non-scientific terms however, the meaning is closer to “strong evidence (definitive proof) for something”. Science cannot really offer definitive proof for anything, but the scientific method does create more and more reliable and comprehensive theories of the world and provides more and more data every day to update our knowledge and understanding.

Having said that – scientists who disagree with you aren’t getting paid to discredit anyone. They are trying to explain why you’re wrong though.

6. You think the origin of the substance is an indication of its safety.
The origin of a substance doesn’t matter – its molecules and the amount does. Whether a substance is created in a laboratory setting or found it nature, tells me nothing about its safety. I’ve written about this before – do I really need to repeat myself?

7. You think “chemicals” are bad.
This stems from a misunderstanding of what chemicals are. There are plenty of great resources on the Internet that explain the basics of Chemistry and chemicals. I suggest you start here and here.

Please read: “Chemical Free” Is Not A Real Thing And Chemophobia Is Making People Stupid.

8. You don’t understand the difference between correlation and causation.
Correlation does not imply causation is a statement often used to dispel the myth that just because two things happen to coincide with each other , that doesn’t necessarily mean they are causally related. Cause and effect can be indirect – due to a third factor known as confounding variables, or entirely coincidental and random. To prove causation between the correlation of two or more events, a controlled experiment must be performed.

9. Your version of “research” is really just an echo of your own confirmation bias.
We’ve all be exposed to this. How many times have you been in a conversation with a science denier and realise that every offer of supporting evidence they have provided has been nothing more than an echo chamber of their own confirmation bias? I’m not sorry, but conspiracy theory websites and low quality studies that have been retracted or debunked does not equal evidence. The best of low quality study can offer is a path for future research.

10. You think science making mistakes means your beliefs are correct.
Science makes mistakes. Scientists make mistakes – shit happens, but a mistake doesn’t give credibility to baseless belief systems. It’s not up to science to disprove a belief system, it’s up to the holder of the belief system to provide supporting evidence.

11. You cite single studies as definitive proof of your belief system.
A single study is not enough evidence to conclude anything. Studies must be reviewed, repeated, and closely scrutinised before any true conclusions can be made. Often studies are repeated to show validity and to provide further information about the topic being studied. The results of single studies are great pathways for developing future research.