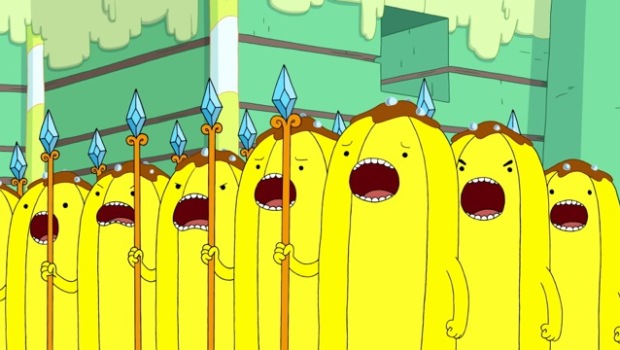 I love when science deniers prove me right.

And today is no different.

For those of you who don’t know what’s happening, anti-gmoers have decided they would use legislation to harass scientists rather than provide supporting evidence for their assertions against GMOs. In what is fast becoming a grand display of hypocritical irony, anti-gmoers have once again proven their position is not one based in science, but one based in fear, conspiracy theories and opinion.

The organisation “US Right to Know of Oakland, California“, is using Freedom of Information Act (FOIA) requests to suppress and harass scientists they feel have “ties” to the agricultural biotechnology industry in an attempt to prove that scientists are being paid off.

One such scientist, Kevin Folta, a long-term science communicator has been at the forefront of the attack. Anti-gmo conspiracy theorists feel they have uncovered a goldmine of information, when they used FOIA to discover the not-so-secret fact that Monsanto donated $25,000 for science outreach. The initial story from US Right to Know was that Folta was a paid shill for Monsanto therefore discrediting Folta’s work.

So far there have been no takers on SciBabe’s Facebook page
Folta has since responded in the form of a Ask Me Anything on reddit.com, which you can read here or you can check out his blog posts here and here. A scientist gets $25,000 to organise seminars about science, buys a Subway sandwich with it, uses it to rent venues for speaking engagements and still has $16,000 left – and everyone is loosing their minds. Quite right, the only thing that can unscience science, is going to be better science and since anti-gmo science deniers hate science – I don’t think we need to be concerned with anti-gmoers undoing biotechnology using science any time soon. We do however, need to be concerned with science deniers abusing legislation for their own gain. When you don’t have science to back you up, create a smear campaign against your target.

Much to Folta’s credit, the man does love transparency. He’s taken on this attack with open arms and said “come at me, bitches” (well, maybe not those exact words) because transparency is the key. Where he gets his money from and for what is already in the public domain. He has nothing to hide. Oh, dear. $114,500 dollars from the Organic Consumers Association. A shill for OCA (a group dedicated to demonising biotechnology, they’re also anti-medicine. Check out their Facebook page) attempting to silence pro-gmo scientists. The irony, it burns. Did I mention that Gary Ruskin is the former campaign manager for the Yes on Prop 37 (mandatory GMO labeling ballot measure in California)?

Did I also mention that OCA doesn’t show their donors (how very transparent of them), but examining public records has found major funding from Eden Organic, Whole Foods, Nutiva, and Dr. Bronner’s. All of which are major organic businesses with a financial interest in demonising biotechnology. For his role in spreading the message of Evil GMO’s, Ronald Cummins the CEO of OCA got paid $99,590 in 2013. $40,00 for speaking engagements against GMO’s from those who have a vested interest in eliminating GMO’s in favour of organic? Say it isn’t so! She’s not even a damn biotech scientist, her degree is in Physics with a Master’s in Philosophy. Here’s a tip, if you’re going to lead a smear campaign to promote your conspiracy theories – you should probably make sure you aren’t doing the same thing you’re demonising scientists for. If you want to cry ” Shill” at a scientist who took a donation from a biotech company to educate about biotech – don’t take money from organic businesses (whose aim it is to end GMO’s and biotechnological research), to fund your campaign to end GMO’s.