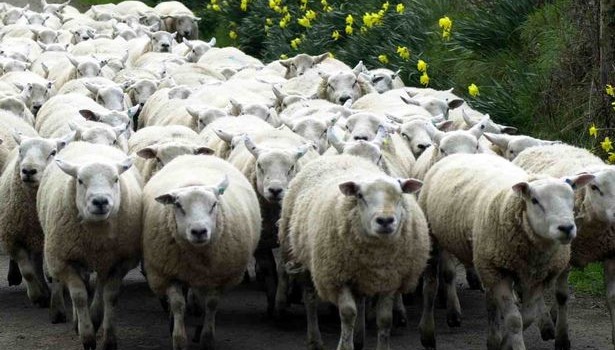 Anti-vaxxers, hidden cancer cures, “suppression” of Alternative Medicine by “Big Pharma”, chemtrails, anti-GMO, the Shill Gambit – what do these have in common?

I’ve been thinking a lot about conspiracy theories lately and why people so easily resort to them when the Burden of Proof is placed upon them. A conspiracy theory is an attempt at understanding a situation despite, a lack of supporting evidence for your explanation. More accurately, a conspiracy theory is a hypothesis that accuses people, a company, or an organisation of having caused or covered up, an event which is considered to be illegal or harmful without supporting evidence of those accused of ever having done so.

As I’ve spoken about before, conspiracy theories are often employed by people with faith-based belief systems namely pseudoscientific or anti-science belief structures.

As most of us know, science starts with a hypothesis and moves on to gathering data. Scientists design and carry out experiments in such a way as to reduce bias in results, to be able to follow the data in the most impartial and non-bias way possible. Once the experiment has been completed and the data collated – a conclusion is drawn based on the impartial data that has been collected. If the conclusion does not fit the original hypothesis, the original hypothesis is revised or thrown away and new ideas are sought based on the conclusion discovered by the data. The results are then written up and sent off for peer review. Other scientists will look at the experiment that has been completed and then attempt to replicate the findings.

A summary of the peer review process that takes place before a paper is published in a scientific journal can be found below. After the paper is published – other scientists will attempt to replicate the findings which will either add knowledge to the original paper by expanding on the data or it will debunk it.  Sense About Science has created a publication to help people in understanding the peer review process, how it works and its role in science. You can download a copy here. A faith-based belief system such as pseudoscience however, works backwards – it starts with a conclusion and attempts to fill the gaps in knowledge with information (regardless of accuracy) that it claims to support its conclusion. A faith-based belief system is a belief a person holds with 100% certainly and 0% fact. Religion fills the gaps in knowledge with the concept of a god, pseudoscience fills the gaps with quackery and woo. Conspiracy theories are a method for scientifically illiterate people to understand the world or at least a way for them to hold dearly onto the faith-based belief system in the face of contradictory evidence. They’re great for when facts aren’t on your side and are a good way for people to make themselves feel elitist about their own ignorance. Conspiracy theorists seem to be attracted to the idea that they alone know a secret that no one else does, it’s not a majority idea therefore it must be correct. The warm fuzzy feeling of being an elitist super special snowflake for knowing a secret (even if the secret is bollocks) is a hell of a drug.

People who explain their belief systems using conspiracy theories aren’t necessarily anti-science, but they certainly are science deniers. Those who hold faith-based belief systems tend to only like science when it suits them and dismiss it when it threatens their ideas. The conspiracy theory method is used by pseudoscientists as a way of creating evidence for their pre-drawn conclusions, it also is used to deflect from explaining why their treatment or theories already have been or can be debunked by science.

The Shill Gambit is a tool used alongside a conspiracy theory as a means to hold a conspiracy theory in place. It is also a damn fine way to deflect from having to obey the Burden of Proof. If extraordinary claims require extraordinary evidence that a person cannot provide – calling them a Shill for whatever faceless bogeyman you’re boycotting (Big Pharma, Monsanto etc), will certainly give you enough time to leave the conversation or steer it on another path that takes the spotlight away from your inability to provide evidence.

Anti-vaxxers, those who believe vaccines are harmful for example, will state that Big Pharma uses vaccines to make people sick for profit. The pre-drawn conclusion of “vaccines are harmful“, is explained by “Big Pharma uses them to make us sick for profit“. The pseudoscientific supporting evidence is “Big Pharma makes a profit” and “Children get autism after vaccines“. The last part is generally employed by people who don’t understand correlation doesn’t imply causation. We all know vaccines aren’t linked to autism but it science still isn’t 100% on what leads to autism so it is easy to exploit that piece of unknown information and insert your own cause. “Science doesn’t know therefore I’ll insert my own reason” – a gloried God of the Gaps argument.

The Big Pharma conspiracy can also be used to explain why their belief system is so easy to refute – “Big Pharma created a conspiracy to silence anti-vaxxers so the world wouldn’t know the truth“. The Shill Gambit is used for scientists who refute the claims made by anti-vaxxers, “I’m not wrong, you’re just paid by Big Pharma to continue the conspiracy and discredit me”. The conspiracy theory focuses on the faceless bogeyman the science denier is scaring everyone about, the Shill Gambit focuses on the people refuting them.

The Shill Gambit is a logical fallacy that fits perfectly in the toolbox of a pseudoscientist or science denier because it means they don’t have to be accountable for the misinformation they promote. They’re not wrong, everyone else is wrong unless everyone else agrees with them, then everyone else is correct.

Science deniers like to think they’re researchers, but in reality – they’re just people with an inability to get over their own ego for five minutes. Scientists need to be ready to admit when their ideas are wrong – especially when the evidence supports they are. Science deniers don’t do this, they don’t use the scientific method – they latch onto an idea for dear life and will fight tooth and nail to keep it despite evidence to the contrary.

Now for the millionth time – where the hell are my shill bucks?