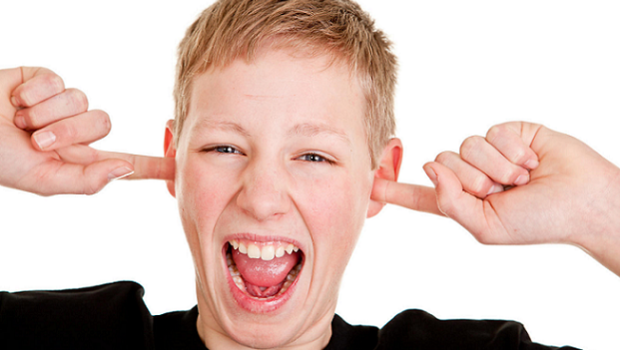 Science deniers, what makes them tick? They’re far less complex than most people think, however it’s their simplicity thats the problem. How does one engage with a science denier? Patience and understanding?

I take no prisoners. Science deniers are a dangerous breed. They promote dangerous ideas and practices via a cult mentality. Their aim is to destroy technologies that have successfully eradicated disease and those that will assist in feeding millions,  based on nothing but their own ignorance and turn society back to the Dark Ages. They promote dangerous ideas that are nothing less than child abuse, alongside ideas that can result in fatalities because of their belief in conspiracy theories, pseudoscience and junk. They deny medicine that has improved or saved the lives of millions, in favour of creating their own form of medicine based on outdated ideas, faith and magical thinking. They live in a dream world and it’s time they grow up and admit they’re wrong about the things they aren’t even qualified to speak about.

In an attempt to combat science denial, I wanted to throw some home truths in their direction and call them for what they really are – scientifically ignorant conspiracy theorists with a need for an overly inflated ego.

1. They think they use the scientific method, but in reality they use a faith-based methodology for evaluating evidence.
The scientific method works in a very specific way, it employs a rigorous standard of testing of ideas and result reporting to ensure maximum accuracy and precision. Firstly, a hypothesis is created based on an observation. Secondly, an experiment is created in such a way that reduces bias and confounding variables, this is done to ensure the data collected throughout the experiment is as impartial as possible. Thirdly, the data is gathered and examined and conclusions are drawn.

The important thing to remember is this: if the end result is completely different from the original hypothesis – the hypothesis is rejected as the evidence collected does not support the original hypothesis. This is important because if you have created a high quality study and collected impartial data, if you follow the data and it’s different to what you originally thought, what you originally thought was incorrect. This is why scientists need to follow the data in an as impartial way as possible and ensure the experiment can be replicated by their peers – it reduces bias and errors and will lead to a more accurate result.

The last component of the scientific method is the most important – the peer review process. Other scientists within the field of study the experiment focuses on will attempt to replicate the experiment for accuracy and precision. This is a good opportunity to build on knowledge already gained and expand scientists understand of a particular field. The various science fields are constantly updating and expanding their knowledge. The way the scientific method works means that science is self-correcting, a constantly updating and self-correcting body of knowledge will result in the most accurate and precise information as possible.

The method science deniers use is a more faith-based method as opposed to a scientific one. A faith-based method is one that works by a person holding a viewpoint of the world (typically not one that is evidence-based) where they dismiss all evidence against that view, even if the evidence presented to them is of high quality. If the evidence is contrary to their beliefs – they ignore it. It’s important to remember that while science deniers may use the language of science to market their ideas, they  often refuse to accept the principles that underline the scientific method. This of course, will lead to “evidence” that is nothing more than an opinion piece based on emotions which lacks any factual content.

Faith-based methods of understanding the world work in a number of steps. Either the believer will already have a belief system in place or they will observe an event and draw a conclusion (in the case of science deniers, this often happens when they confuse correlation and causation, the so-called vaccine-autism link for example). The believer will then search for information that further reinforces their original idea, a circle-jerk echo chamber of their own confirmation bias. This is quite easy to achieve considering the sheer number of pseudoscientific websites on the Internet that peddle false information, using fear, junk science, emotional manipulation and conspiracy theories as supporting “evidence”. Emotion based fallacies such as the “Appeal to Emotion” or “Appeal to Nature” are good for fear campaigns and are featured prominently in the anti-vaccine and anti-genetic modification technology movements. Fear is easy to exploit and so is the human need to feel correct. No-one likes to discover they have believed the wrong information, no-one really likes to feel incorrect. To keep a person’s ego inflated in the face of evidence against a belief system and to avoid the fact of being wrong and the feelings associated with that – contrary evidence needs to be dismissed. Wilful ignorance of the sciences needs to happen, reading an Introductory to Microbiology or Chemistry 101 textbook or any number of educational websites and vlog series on the sciences (especially Chemistry and Biology) could very well shatter the fragile ego of a science denier. Forums filled with other science deniers who can reinforce junk ideas are favoured over facts.

Ego plays a larger role in science denial than most people realise. Not only do people hate being wrong but they love feeling right and science deniers aren’t exempt from this. Most science denial movements such as anti-genetic modification technology or or climate change denial or anti-fluoride or anti-vaccination claim “secret knowledge”, knowledge that they only understand. This “us vs them” mentality of “me vs sheeple” widens the gap between science denialists and fact and allows the science denier to maintain their ego and sense of superiority despite their scientific illiteracy and wilful ignorance.

3. They view anyone against them as a part of a conspiracy because they have to.
It must be hard to operate in the world purely on emotion rather than facts and evidence. We all know that conspiracy theories are created by people as a means to understand the world around them, particularly when a person has no factual understanding of the thing they’re trying to comprehend. When a person’s world-view of a subject is based on fear combined with a need to maintain their ego plus a unhealthy level of scientific illiteracy – conspiracy theories are a great way to dismiss the evidence that can dismantle a science deniers world.

Big Pharma. Monsanto. The Government. Scientists (but not all scientists, just those who don’t agree). The big evil corporations who run the world in secret and who employ thousands of people with the sole purpose of discrediting your ideas and proving you wrong. The shills on the Internet armed with facts created as a means to cover-up the “Truth” you absolutely know is correct because you know it and you found it and you can never ever be wrong. Obviously that was me being sarcastic however it does highlight why science deniers will often resort to insulting their critics as a means of providing supporting evidence. They refuse to adhere to the scientific method nor the Burden of Proof (or they will switch the Burden of Proof onto their critics) because it threatens their beliefs and people love lashing out when their beliefs and fragile egos are threatened.

Ironically enough, as mentioned previously – science deniers also refuse to adhere to the same standards they set for everyone else. If a science denier demands evidence from me, I am more than happy to oblige, pity they never want to respond in kind. The quickest way to get a science denier to leave a conservation is to ask them for high quality supporting evidence.

Science deniers aren’t as complex as most people think they are. Ego combined with scientific illiteracy, fear and a lack of understanding of how to use the scientific method is all that makes up a science denier. What’s complex is how to combat them.

What to do about the problem of science denial? Give me your thoughts in the comments below.