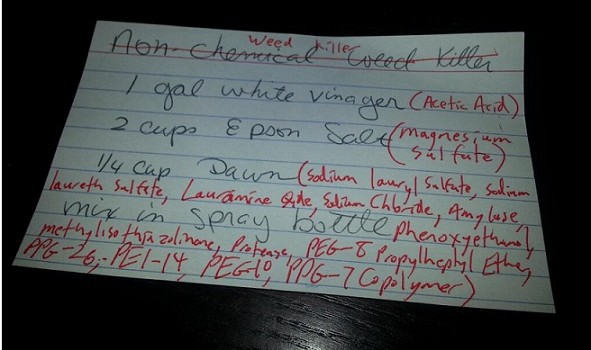 One of my favourite smells in the world comes from a vial that consists of the following composition: menthol (40.7%) and menthone (23.4%). menthyl acetate, 1,8-cineole, limonene, beta-pinene and beta-caryophyllene and one of my favourite things to put on hot chips (french fries) is a liquid consisting mainly of acetic acid and dihydrogen monoxide.

One of my favourite smells in the world comes from a vial of peppermint oil (often labelled “essential oil” and is basically steamed out of peppermint leaves) that consists of the following composition: menthol (40.7%) and menthone (23.4%). menthyl acetate, 1,8-cineole, limonene, beta-pinene and beta-caryophyllene (big scary looking words) and one of my favourite things to put on hot chips (french fries) is a liquid consisting mainly of acetic acid and dihydrogen monoxide (water) also known as vinegar.

I like smelling peppermint oil and dunking hot chips in vinegar.

You know my dirty secret.

One of the things I hear the most (to my complete frustration), often by scientifically illiterate people (i.e crunchy mums) is the word “chemical” used in the same way someone would use a derogatory slur meant to harm someone – said with venom and hate. Chemicals are evil, chemicals are unnatural, chemicals are bad for us.

If only the world were that simple.

Society as you may or may not have noticed has a tendency to split the world into two. Often fueled by the media – the world has been divided into chemical and natural, good and evil. Natural is good whereas chemicals are evil.

Except – everything is chemicals. Everything.

A lot of chemical hatred stems from fear which generally originates from misunderstanding and ignorance. Most people when they think about chemicals think about corrosive acids and harmful substances that smell bad. They don’t realise that even the basic elements are chemicals.

“A chemical is an element, in that it has a specific molecular composition. An element is a chemical substance made of specific kinds of atoms that cannot be broken down any further; in short, elements are the purest forms of chemicals known to man.” (source),

To put it simply, a chemical is a form of matter that has a specific molecular composition (a molecule being a group of atoms held together by a chemical bond). A molecule is formed when atoms of the same or different elements combine.

An atom is the smallest form of matter. Two atoms of the same element will form a molecule.

An element is a substance that is made entirely from one type of atom. For example, the element hydrogen is made from atoms containing just one proton and one electron.

A compound is a substance made from two or more different elements that have been chemically joined. Some examples of compounds are water (H2O), table salt (NaCl – sodium chloride). Hydrogen and oxygen are combined – 2 atoms of hydrogen and 1 atom of oxygen to create water (or dihydrogen monoxide – di meaning two (for two hydrogen molecules), hydrogen meaning hydrogen, mono meaning one (for one oxygen molecule) and oxide meaning a chemical that is a combination of oxygen and another element).

Chemicals are all around us, they create the food we eat, they digest the food we eat and turn it into more chemicals which get flushed down the toilet, they are the water we drink, they are us and as I have mentioned before – whether or not a substance is natural or not is no indicator of the ability of that substance to be harmful or not. The dose and type of chemical is what makes it harmful. When people say “chemical free” what they really mean is “chemicals in doses that harm people” but what they think that means is “all chemicals are harmful, all the time because they have the label: chemical”.

The sea wasp from Northern Australia, is the most lethal jellyfish in the world. The venom from a single animal could kill about 60 adult humans – the jellyfish makes the venom (which is comprised of chemicals) naturally and I sure as shit wouldn’t be putting it in my teacup.

Formaldehyde for example is an organic compound (a compound that contains carbon) and is produced in the body naturally as a by-product of digestion, humans metabolize formaldehyde quickly, so it does not accumulate in the body. It is converted to formic acid (which is also formed naturally in the human body and is also a part of ant venom) however it can also by fatal if you ingest about 30mL of a solution containing 37% of formaldehyde. Formaldehyde is also an ingredient in vaccines (it is used to kill or inactivate the antigens being used), it occurs naturally in apples, pears, carrots and milk. According to EPA calculations, a human “could consume 0.2 mg/kg of formaldehyde every day, in addition to what your own body produces, without showing any adverse effect” (source). Formaldehyde is a good example of where the amount of the chemical matters. Unfortunately due to the confusing nature of the scientific measurements used for chemicals – it is easy to understand why anyone would get scared when they see how much formaldehyde is in a vaccine. For the record while the unit of measurement sounds big – it is really fucking tiny.

“Natural” and “healthy” often go together. But they’re not synonymous, and the former doesn’t always lead to the latter.

As Russell Saunders discusses: “It is the natural course of type-1 diabetes for the patient to waste slowly to death, but nobody questions the benefits of exogenous insulin. Albuterol inhalers come mass-produced from a factory, and yet asthmatics still prefer them to wheezing uncontrollably.” (source)”

Chemicals are awesome because they are what makes us, us. Chemicals help create everything around you. Chemicals aren’t big and scary simply because their names are hard to pronounce. The term “Chemical free” has been created by a marketing person to scare you into buying overly priced shampoo, bad tasting food and matresses that just smell sad. 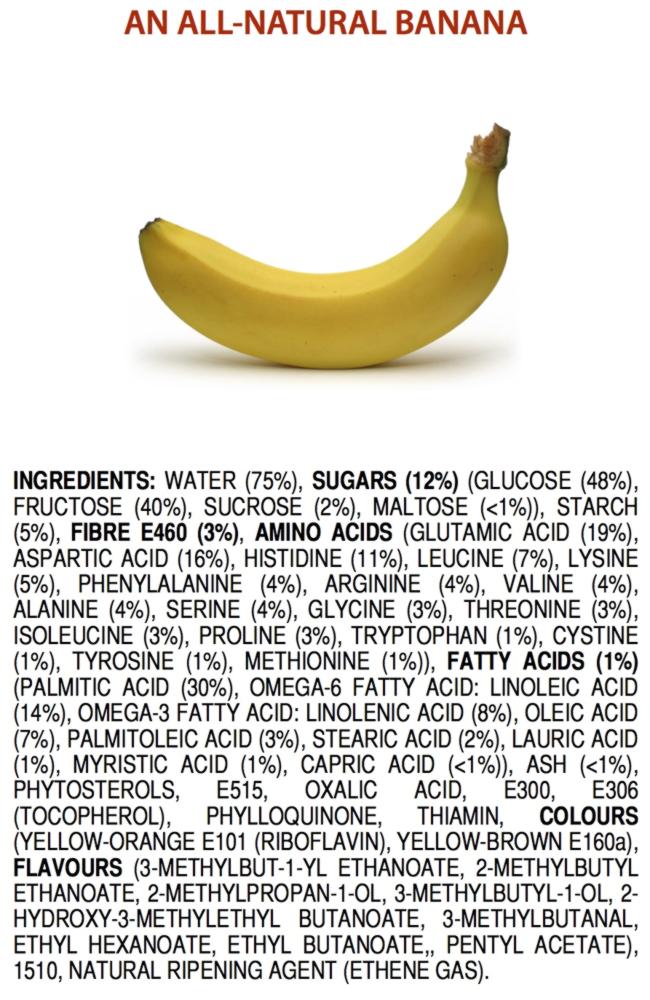 For a simple guide debunking chemical misconceptions “Making Sense of Chemical Stories” is a great easy guide to — making sense of chemicals.

From the guide: This guide flags up the more serious misconceptions that exist around chemicals and suggests straightforward ways for people to evaluate them.

The reality boils down to six points:

And if you do want to live in a world free from harmful substances or harmful chemicals – I suggest learning more about basic chemistry first.

10 Responses to Why you can never be truly “chemical free”.