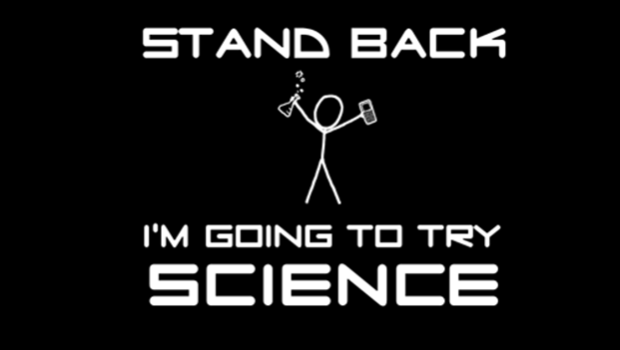 Today’s post in my 5 posts in 5 days challenge is going to be an expansion on a meme I created last night. I created the meme last night mainly because I’ve repeated myself so much lately when refuting the claims made by pseudoscientists that need a go-to image to throw at people. Given the amount of comment and emails I have received about the meme itself, I feel the need to elaborate a little further. 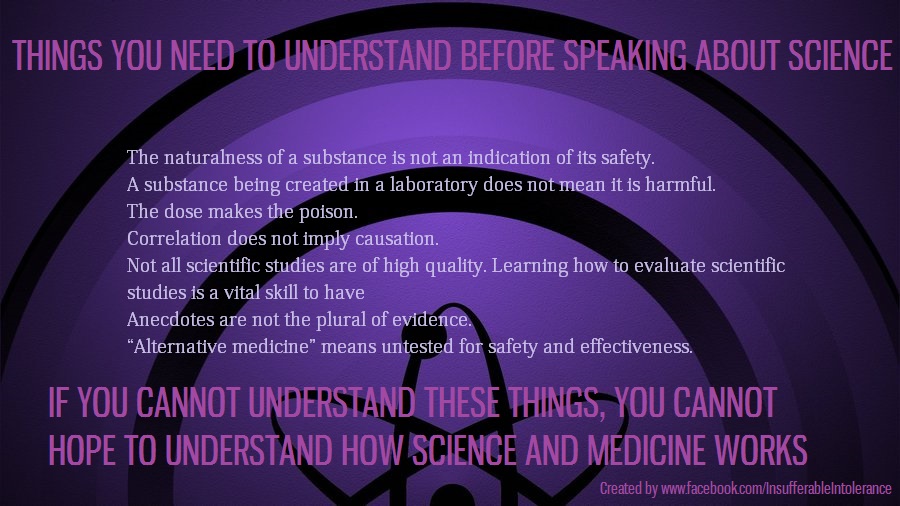 Let’s give Food Babe and other pseudoscientists a crash course in the principles they should understand (and if they did, they would be out of a job).

The naturalness of a substance is not an indication of its safety.
You’d think this one would be pretty simple to understand but considering the entire Alternative Medicine industry is built upon and markets their treatments under the fallacy “Natural equals good, chemical equal bad” – apparently it’s a bit harder to understand than I first realised.

The first three points stem from a lack of understanding and fear around chemicals and chemistry. The idea that “Nature equal good, chemicals equals bad” is a false dichotomy. Nature includes harmful substances such as arsenic, Jellyfish neurotoxin, snake venom and poo. Chemicals include pretty much everything. A chemical is simply a form of matter that has a constant chemical composition. You already know and need several chemicals to live, oxygen for example. Scare-tactics around chemicals only work on people who don’t understand what a chemical is.

Water is a chemical. Its chemical name is Dihydrogen Monoxide. It has 2 Hydrogen atoms and 1 Oxygen atom, that’s why its chemical symbol is H2O. In fact Penn and Teller were able to scare people into signing a petition to ban water, simply because people lack an understanding of what chemicals are.

A substance being created in a laboratory does not mean it is harmful.
The next point again comes from the “Nature equals good, chemical equals bad” fallacy. Just because something has been created in a laboratory does not mean it’s harmful – the chemical composition is still the same. Hormones for example, they are created in the body and they can be created in a lab for mass production to be given to people who have hormonal issues. The chemical composition of the hormones are exactly the same, they work exactly the same, they have just been created differently.

The dose makes the poison.
Formaldehyde is a great example for this point. Formaldehyde is used for many things some of them that are fatal to humans if exposed to them but the one thing chemphobes forget is that Formaldehyde is created by your body as a by-product of digestion. If you drink a bottle of Formaldehyde, you are going to die because the dose you have taken is clearly at a level that is toxic to humans. The level of Formaldehyde your body makes however, is perfectly fine.

The LD50 (Median Lethal Dose) of a substance is how we know the dosage that is harmful to humans. It is the amount of the substance needed to kill 50% of the test subjects, the amount is measured as milligrams per kilogram of body weight (mg/kg).  The LD50 for Water for rats is 90 ml/kg. If you consume enough water – you can experience water intoxication (known as Hyponatremia) and become very ill or die. While your kidneys can process 15L of water per day, for someone like myself – if I were to drink 8L of water in a short amount of time (say a few hours) I would most certain by affected by it badly and potentially fatally.

Correlation does not imply causation.
Correlation (a relationship between two variables) does not imply causation (to be the cause of the relationship).  Perhaps the most famous example of pseudoscientists not understanding this concept is the vaccine-autism debate. Some parents believe their children have autism due to the MMR vaccine, often because the vaccine is administered in children around the same time parents begin to notice their child’s autistic behaviours. Just because the autistic behaviours started around the time the vaccine was given, doesn’t mean the vaccine caused the child’s autism.

A correlation between two events can be a flag for further research, so in a sense correlation can imply causation as a prompt for further research. Further to that point, two events can correlate with each other without having a causal relationship. There can be a correlation between two events without one causing the other. For example: Height may correlate with good reading skills. A study may find that the taller a person is, the better readings skills they have – does an increase in height cause an increase in reading skills?

As a correlation between two events is a flag for further research, the next step is to do high quality research and take into account the confounding variables to see if they influence the correlation in any way.  Access to education is a confounding variable and may be the reason for the correlation. In the case of vaccines vs autism, a correlation between vaccines and autism is a prompt for further reason to search for the source of the correlation. The vaccines-autism link has been debunked, there is no relationship between the two more than autistic behaviours may be noticed around the same time the vaccine is given. This is called a casual inference. Vaccines have not been found to cause autism.

So while correlation can imply causation only as a prompt for further research, scientists will still promote correlation not implying causation as a means to stop people from taking the simple approach and making causal inferences and jumping to conclusions as those conclusions may not be accurate. It is important to note while two events can be correlated – it does not mean one has caused the other.

Not all scientific studies are of high quality.
Just because you have found a study to back up your claim – doesn’t mean it is a high quality study. Studies that aren’t high quality run the risk of being littered with confirmation bias, selection bias, design flaws and other errors that can impact on the quality of the data. I’ve created a guide on how to spot high quality studies or you can watch this short video.

Anecdotes are not the plural of evidence.
Science requires research. It requires study. It requires fact born from impartial high quality research free from bias. Pseudoscience relies on testimonials and anecdotes to sell false information because people relate to emotional stories more than facts and figures. Anecdotes aren’t evidence because emotional stories can be filled with bias. 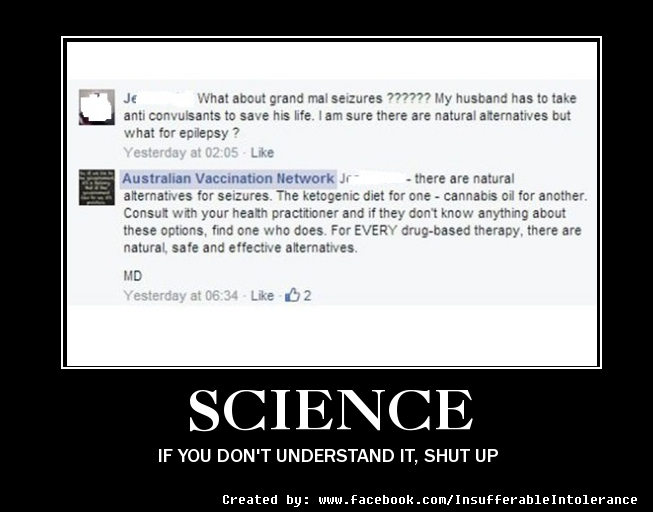 Other posts in my 5 posts in 5 days series:
The Food Babe vs Pumpkin Spiced Lattes
The Doctrine of Signatures
Chlorophyll and sunlight in your digestive system
The Religion of Food Babe

13 Responses to 5 posts in 5 days: Things you need to understand about science before talking about it