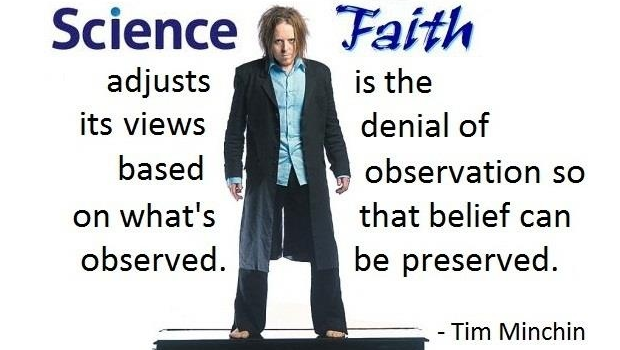 When I was 8, my parents sent me to a Catholic school, possibly due to the delusion they held that private school had a better curriculum, therefore, I would get a better education – they were wrong.

I had never seen a Bible before, my family has never been religious. So like a lot of annoying 8-year-olds I had a few questions for my teachers, especially about religion and god.

I learned very quickly never to question anyone about god or Jesus. My questions were met with frustration from my teachers and scorn from my young peers. I was repeatedly told to just have faith and let god show me the way. Suffice to say I’ve been a skeptic since I was very young and as I grow older, nothing has changed.

The monotheistic religions have many things in common. All the higher powers demand worship and praise, all of them prey on vulnerable people to increase its numbers, all of them seek to lower the self-esteem and self-worth of their followers by teaching them they are sick and wicked and the only way to be cured is by religion. Some of them make a lot of money as a byproduct of this.

Many other faiths require similar things, most have a higher power or multiple higher powers. They have rituals and offerings to the higher power in exchange for beneficial things for the follower. Many are custom-made, tailored to the needs and beliefs the follower already has.

But ultimately all faiths and religions much like science are a way to understand the world in which we live. Religion, however, comes from a period in history where nobody had an idea what was going on, where the method of understanding the world came from one book which was defended as the absolute truth on the pain of death.

Good science changes and adapts as we find out new information. It begins with an observation and continues on to a hypothesis, that hypothesis is tested, conclusions are drawn from the results and those conclusions are peer-reviewed. The results are often tested again to see whether they have the means to be replicated. Science does not care whether you accept it or not,  it has a process to find the most accurate information in the most impartial way. Science demands nothing from us.

Religion, however, is rigid, it begins with fiction which consists of assertions from a guidebook that has no evidence to back it up and no way to test the assertions it makes.. It continues with an insistence that those assertions have merit without any evidence. In places all over the world that insistence is displayed by brute force and violence. Conversion or death is not unheard of.

Religion, unlike science, relies heavily on faith. Faith has often been described to me as a certainty without evidence. Faith that god exists, in this case, means a certainty of god’s existence with no proof to confirm the claim. Faith is believing there is a unicorn that cannot be seen, even by myself, a unicorn who dances around my bed at night. I’ve never seen it but I know it is there. That’s faith. If you type in “What it means to have faith?” into Google, you’ll get links to definitions such as: trust in god, trust that god is bigger than us, realising that god is greater than us and has a plan for us. Faith is simply hope under the guise of certainty, the arrogance of theists to think they are correct and the ignorance and lack of training to look at why they believe in the first place. Faith believes everything and requires proof of nothing.

The very existence of god and gods rely on faith. Without faith – religion falls apart. This is a reason religion has never felt the need to provide evidence for any of its claims – why would it when its followers are ready and willing to believe without evidence? Religion has never needed to offer evidence for its claims – not when you can convert the masses by force in the same style as the Inquisition. Because of the reliance on faith to ensure religion’s survival, believers will continue to believe despite evidence to the contrary. They need to believe and ignore evidence or else it all falls apart, they’ve invested too much of their lives into their beliefs.

Over the course of time humans have had on this planet, there have always been faiths and religions created to try to explain the universe in which we live. While the very thought an unprovable deity created the entire universe just for us is quite arrogant, it is a belief that has survived in one form or another for a very long time. Some faiths worship the sun and moon, some worship many gods and some only one. The sheer volume and diversity of the various gods and goddesses who have been worshiped throughout human history is another strike against religion and faith as being a legitimate method to understand the world.

Despite this believers still, insist their religion is true and correct. One common answer I get from people when I pose the question “How do you know your religion is correct” is “The Bible tells me so and the Bible is the word of god”. This circular reasoning certainly isn’t evidence. “It is true because the author who wrote it says it’s true” is a line of thinking that means the obliteration of the line between fiction and non-fiction. Faith is nothing more than the surrender of a thinking mind to the intellectually laziness of blind worship.

Science does not need faith to survive. A person does not need to believe in gravity or physics, science does not need to threaten pain or death if we don’t accept what it tells us. If we have questions we want answered, science allows us to go seek those answers. Science is self-correcting if new information is found that renders old information obsolete – science gives us the freedom to correct those mistakes and update our knowledge to something better. Where religion discourages you to question, science will always have that as an option.

Faith is a closed system where “the will of god, “god did it” and “have faith” are the answers to every question. Faith does not add to human knowledge or freedom; more often it oppresses it, all in the name of the unprovable concept of a higher power. Faith and religion must stop the progression of humanity to survive. Faith needs to stop being considered a virtue. Certainty without evidence is not something to be proud of.

Science, on the other hand, is liberation from the tyranny of religion and the way forward for humanity to progress forward.

2 Responses to Science vs Faith: Why I will always choose science