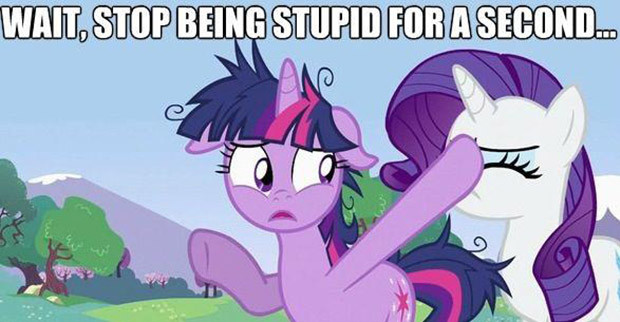 One of my Facebook fans linked me to this article (entitled “Rejecting Modern Science“) from a blogger by the name of “Modern Alternative Mama”. The blog is a den of anti-doctor, anti-medicine ideals with a hefty dose of religion no doubt contributing to overall “anti-science” vibe of the blog. I know there are plenty of people who are religious and use science and critical thinking but as you will see – religious indoctrination has not done this blogger any favours. This is my response. Bold is my emphasis.

Why I Do Not Believe In Modern Science

I’m going to stop here for a moment. The word “believe” has no place in science or medicine. It has a place in religion where belief equals faith which equal certainty without evidence. To believe is to accept as true. Science doesn’t require a belief to be accurate. Medicine that has been rigorously tested and proven to be effective, doesn’t require belief. You don’t need to believe that stitching a wound shut will assist the healing process. You don’t need to believe that CPR is a proven method for helping someone. Science is ever changing and self correcting. It adapts and updated to new information to improve and/or expand ideas.

Because vaccines, medications and interventions have been thoroughly and rigorously tested and proven to work against the disease or illness they have been created to treat. Dogmatic means to “lay down principles as undeniably true” a criticism which is hilariously ironic coming from a religious blogger. Science is adaptable to change – it takes us where the evidence leads us, however science also has things it will hold steadfast such as Gravity and Avogadro’s constant – unless new information is presented and evaluated.

Yes, science starts with observation. This is what research is for. If we find a treatments that works and works effectively, we use it and we endeavour to find out as much information as possible about the disease, how it operates, how it affects the human body, how it occurs in order to better treat, prevent and eradicate the disease. Scientific hypothesise are created by first observing the world around us, that observation is then put to the test by designing a high quality study (either qualitative or a quantitative study) to see how that observation holds up against scrutiny.

No it isn’t. I recently wrote on post on how research and how testing a hypothesis works. Science attempts to prove itself wrong and is self correcting which is why science adapts itself to new information. If you have an hypothesis based on an observation, you do your damnedest to analyse every nook and cranny of it. I doubt the author has ever had a dissertation torn apart by a panel of reviewers before. The highest quality study a researcher can conduct is randomly controlled double blind study, this is the best method for reducing observation bias, selection and sampling bias, human error and confirmation bias – a well-designed high quality study is an impartial way to test a hypothesis.

It may be rude but it isn’t wrong. High quality studies peer-reviewed by a panel of qualified people has less of a chance of having bias and human error in it than online bloggers with a degree from Google.

I noticed the blogger didn’t leave a link to this particular study. Study findings are a good indication of whether further investigation should be conducted and a well-designed high quality double-blind study should have taken into account any confounding variables – that is, the researchers should have taken into account the vitamin D levels of the mothers as a factor to consider when evaluating the result of the study. Congratulations blogger, you’ve discovered that not all scientific studies are created equal.

Evidence based medicine needs to treat the symptoms first to reduce harm to a person, however they can look at the overall cause of the ear infections while treating the ear infection itself. If a patient has cancer, you’re not going to delay treatment to study why that person has developed cancer. No, you’re going to treat the cancer while researching into why cancer happens, what caused different types of cancer, what factors are involved that may increase the risk of cancer to gather a comprehensive look at cancer and how it operates in order to treatment, prevent and eradicate it. Doctors treat, medical researchers research.

Also did that blogger just say “Medical journals simply have taken ear infections as generally “normal” and not preventable through diet/lifestyle changes” and then say “and they are now working on a vaccine to prevent them“. She is criticising medical journals for attempting to create a vaccine to prevent ear infections and she is criticising medical journals for labelling them as “normal” – not as something that can be prevented through diet/lifestyle change.

She’s getting annoyed at medical journals for not saying ear infections can be prevented by diet/lifestyle changes – instead they are working on a vaccine.

Please cite your research. If you make a claim – be ready to back it up.

As mentioned before – not all scientific studies are equal. High quality randomly controlled studies are the best method for testing a hypothesis. A well-designed study attempts to control, account for and eradicate forms of bias that may skew the results. This is not a reason to disregard all science, this is a reason to learn to critically think and learn how to read a scientific paper.

The Issue With Modern Medicine

Again, doctors treat. Medical researchers (who are doctors) conduct research. Researchers need to research why a disease is happening, what causes it, where it comes from, how it happens and what effect it has on the body. If medicine only just treated the symptoms and symptoms only – we wouldn’t be able to treat infections or cure sexually transmitted disease. We can treat these things because we have researched into how they work and why they occur. We know what cause they take and how they affect the human body.

If the point is find out why a disease happens and to treat it naturally – well, sorry to say but your aren’t going to cure Syphilis with a carrot. Do you know what treats and cures Syphillis? Penicillin. Do you know the origins of Penicillin? It is derived from the Penicillium fungi – a genus of ascomycetous fungi. A substance found in nature.

Wait, you don’t trust medicine – evidence based medicine that uses the scientific method because you think doctors are arrogant and better than your god? Your unprovable god? The guy in the sky who flooded the entire planet because people used their free will (that he gave them) and continued “sinning”? Even though your god is meant to be all-knowing and should have already known the final outcome would be people would continue to sin? You reject evidence based in logic and tested methods because doctors are better than your illogical invisible friend in the sky? 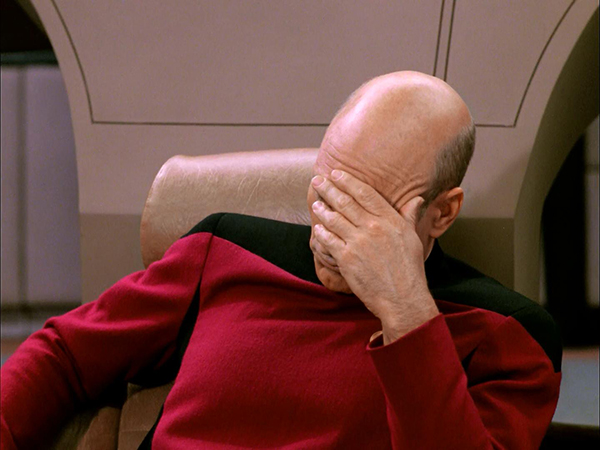 Socio-economic factors, genetics, lack of affordable healthcare and poverty just to name a few. You cannot state a correlation between high rate of intervention at birth with high rate of infant mortality means high mortality rates is caused by high intervention rates without first eliminating all the confounding and extraneous variables from the equation. Didn’t the blog spend half of the article criticising the fact doctors don’t look into the “why” of a situation? Pot meet kettle.

Invoking the no-existent vaccine/autism link? The one that has been disproven time and time again? I wish anti-vaxxers would stop flogging this horse – it’s not only died but has decayed to the point its skeleton has bleached in the sun. There will never be a study that is satisfactory to anti-vaxxers because science will never say what anti-vaxxers want to hear – that vaccines have been linked to autism. Anti-vaxxers still believe (there’s that word again) despite all evidence to the contrary, that vaccines are linked to autism. It’s almost faith, certainty without evidence.

I’m sorry but your “mummy instinct” doesn’t count as evidence.

Oh goodness, you’ve realised that doctors are human. They fuck up. I never understood how drug companies making a profit and reinvested it back into research for better, more effective drugs can be considered a bad thing. Especially when Big Placebo – the alternative medicine industry – like homeopathy pulls in $5.35 billion dollars per year (in India alone) without reinvesting it into research and clinical trials.

I really want to ask this person why her god would create us perfect only to have us contract diseases and infections. I would really like to ask her why her god allows West Africans to die from Ebola, why did god create Polio or HIV or Diabetes? Illnesses that are either managed by drug therapy or have been eradicated via the use of vaccines.

Doctors can be arrogant because they are not perfect however wouldn’t you get frustrated at going to school for a decade or more of your life only to have person who thinks a medical degree came out of her vagina along with a baby – attempt to tell you they know more about your profession and illnesses than you do? Medicine is not perfect because people are not perfect.

Medicine doesn’t require faith. Science doesn’t require faith. Science does not have all the answers but it sure as shit has more answers and qualified people to utilise it correctly – more so than a religious person who tells her readers to not trust medicine in favour of her god, Appeals to Nature and pseudoscience that has been proven to be junk.

3 Responses to Rejecting Modern Science: Why the mummy instinct is not enough